I was about 14, on a cross country course, going at a cracking pace when I realized my horse was not absolutely on top of his game. Don’t get me wrong, he was sound and he was healthy he was just not quite in the tip top form he could be.  We finished the course. Nothing went wrong. We placed well enough.  Later the lightbulb moment happened. In the same way that I could have good days, brilliant days and not so good days my horse could have those days too. The question I asked myself was….when he is having a not so brilliant day how could I help him?

Losing the ability to win. The Human

I recently read an article on ESPN about Tiger Woods and how he lost the ability to win. It was a lengthy piece and began with the death of his father and moved on through the very public disintegration of his personal life and then finally the career ending injuries that apparently were incurred, not on the golf links, but in intensive navy SEAL Close Quarters Defense workouts. (For more on that see ESPN “The Secret Life of Tiger Woods” by Wright Thompson) All of his life events and the choices he made contributed to his loss of ability to win. The world watched as one of the greatest golfers of all time declined before their eyes.

Losing the ability to win. The Horse.

I was lucky enough to see Totilas and Edward Gal in person twice. The first time was in London’s Olympia horse show. I saw the Grand Prix and the record breaking Freestyle. I saw them again in 2010 at WEG in Kentucky. Totilas was a showman and I believe he loved to be in the ring and show what he could do. After the record breaking freestyle at Olympia he appeared calm at the awards ceremony. Other horses were twirling and spinning but Totilas just looked around and owned the stadium. On the victory round he looked like he knew that the audience of several thousand people had enjoyed every moment of his performance. As they clapped in time to the music he gave us a brilliant trot that was in perfect time to the beat. He knew he was a star. He knew he was winning.

Seeing Totilas at the European championships in 2015 was heartbreaking sight. He was clearly lame and his spirit was gone. I’m not going to get into discussions here about the change in training, the change in rider or the whole rollkur debate. I’m not even going to dial the area code on that.  Whatever happened had happened and the star was dimmed. Totilas had lost the ability to win and it was not just because of the injuries.

The professional equestrian has all sorts of pressures to deal with in competition: the pressure to succeed in order please the owner/sponsor of their horse or horses, the need to make it onto a national team for a major championship, the need to win at the championship to keep business at home going and clients coming in and owner/sponsors providing horses. It goes on and on.  I am not a sport psychologist or, in fact, any sort of psychologist. But I know that sort of pressure can affect performance unless it is dealt with in a positive way. Even the greats like Carl Hester have talked about getting out of the big competition circuit.  Even the amateurs, such as me, who compete, must find a way to chart a course of mental sanity. For the amateur the win may not be the ribbon or the first place or the money but may be progress, a personal best, or a new level reached. For the professional it is a tough road that requires endless resilience and persistence. Maintaining the ability to win is not an easy task.

I go back to my 14 year old self and ask how I can help my horse to have more good days.  Does he need to get out of the ring and go for a trail ride or a gallop? Does he (a dressage horse) need to do some work over poles to freshen up mentally? Do I need to spend more time with him hand grazing him perhaps or giving him a good rub? There are a lot of things I can do. As an amateur I have the time for this. I understand that for the professional with many horses to ride and clients to teach there is little time. Carl Hester decided to groom and tack up one difficult horse himself instead of having a staff person do it before he rode. The horse’s behavior changed for the better. Even a few moments with the horse can make a difference.

My horse brightens my days. I hope that I can do the same for him. 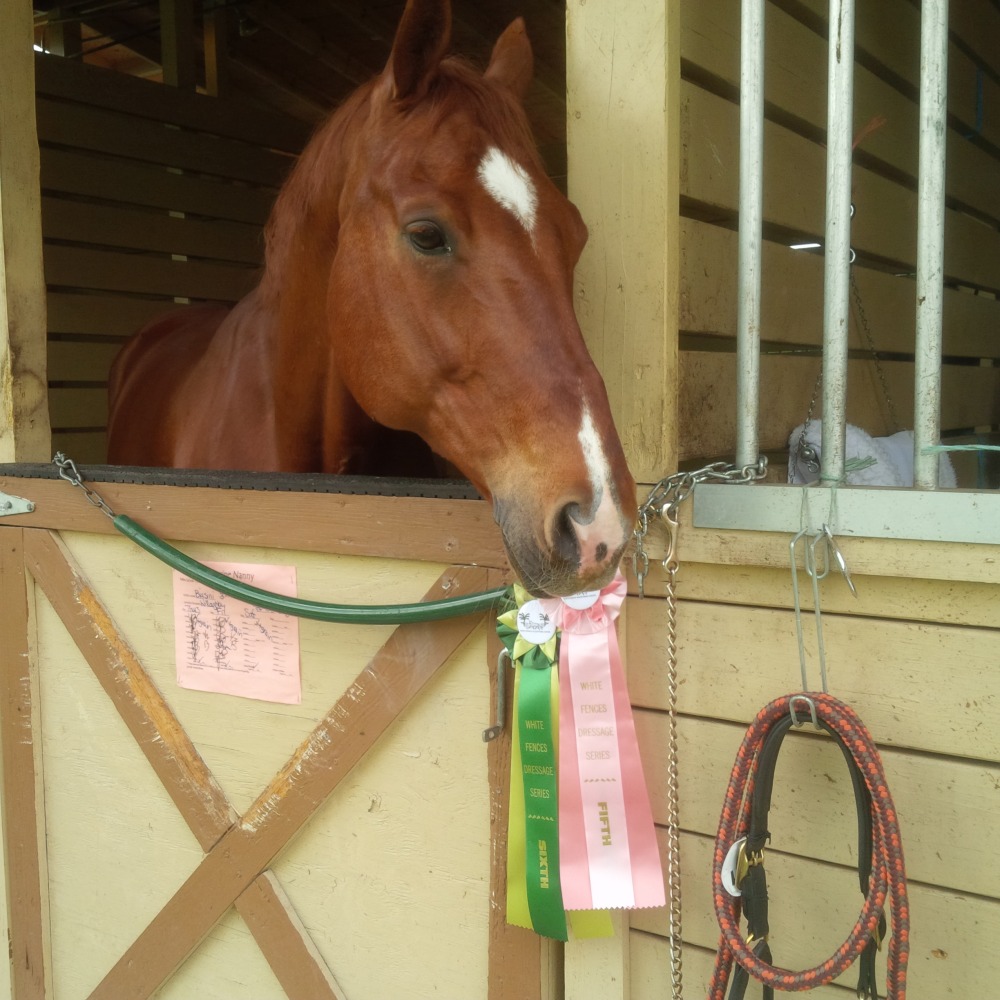