Once again I am just going to show you some photos of the very interesting  things I have been seeing on the Arms and Armouries tour. First we visited Boughton House armouries where I saw some extraordinary bridles that were Dragon Officers Dress bridles from the mid 18th Century. They are all in glass cases so the photos do have some glare. 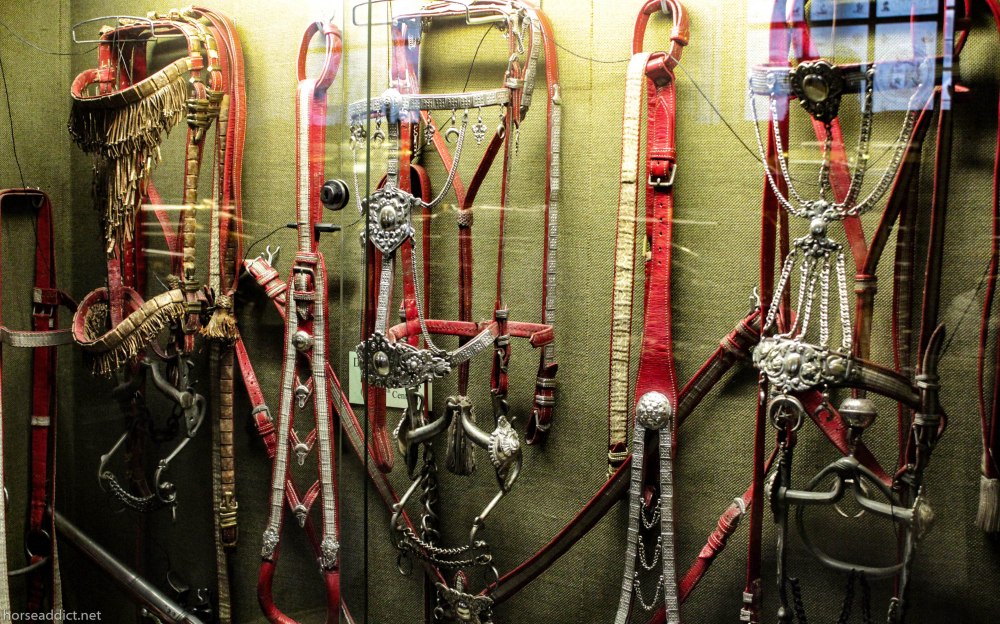 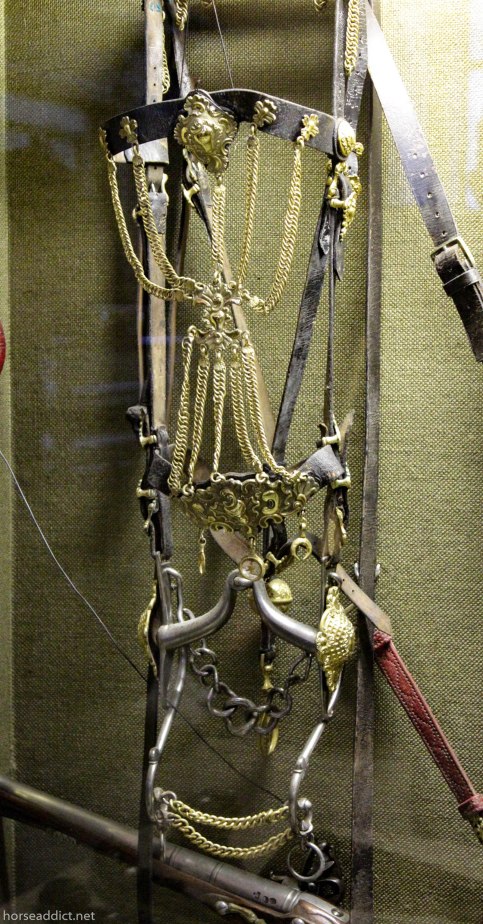 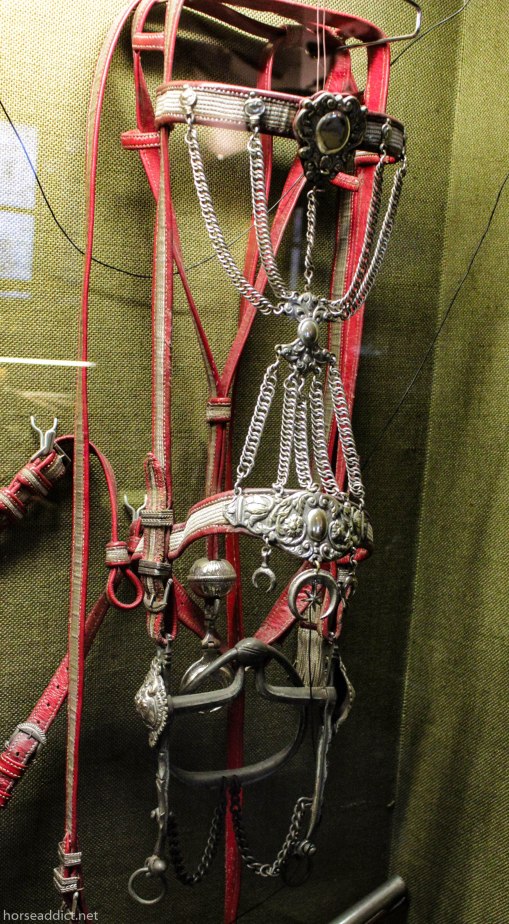 And take a look at this bit! 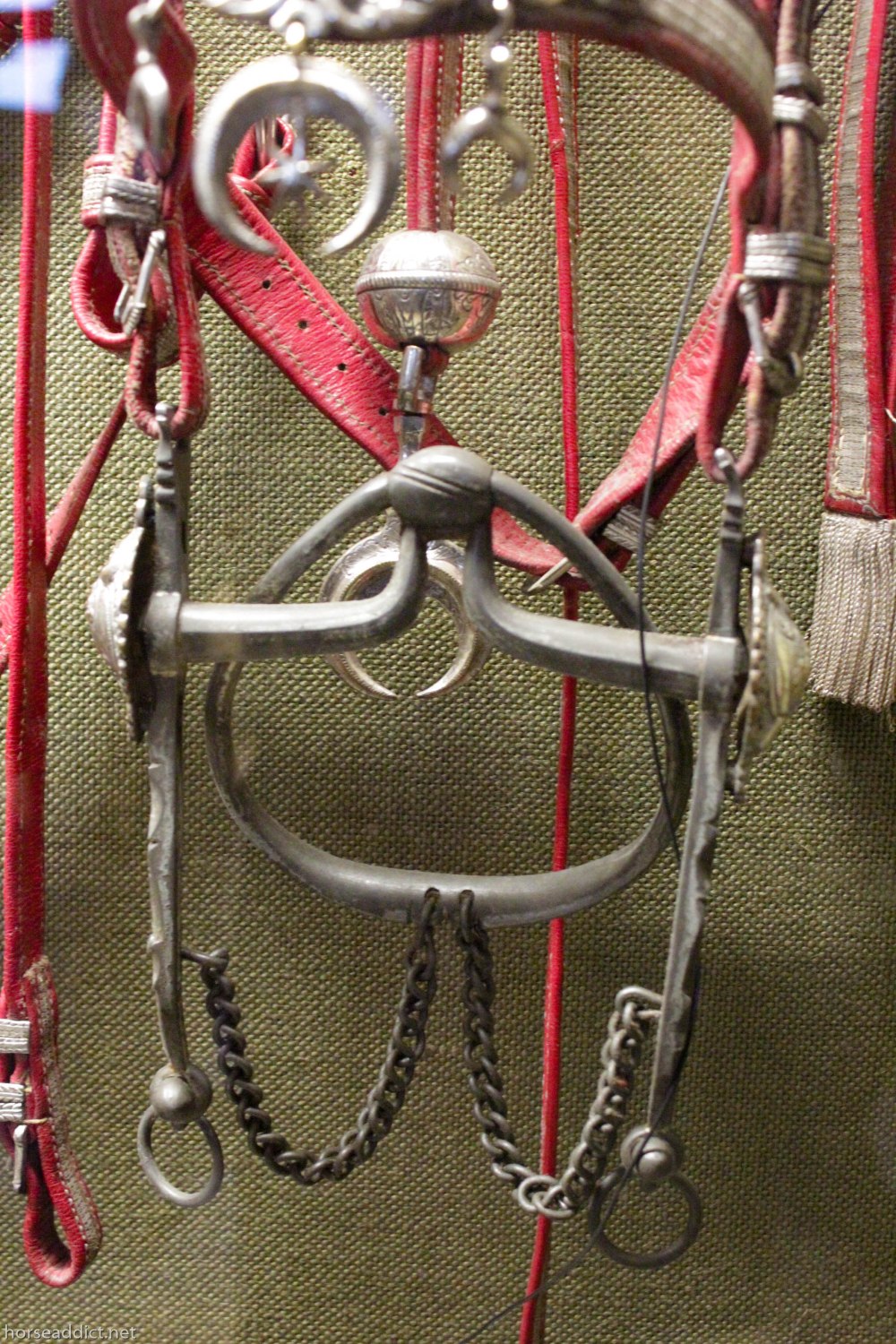 We also visited the Tower where the arms and armour collection is incredible. Here are some examples of horse armour. 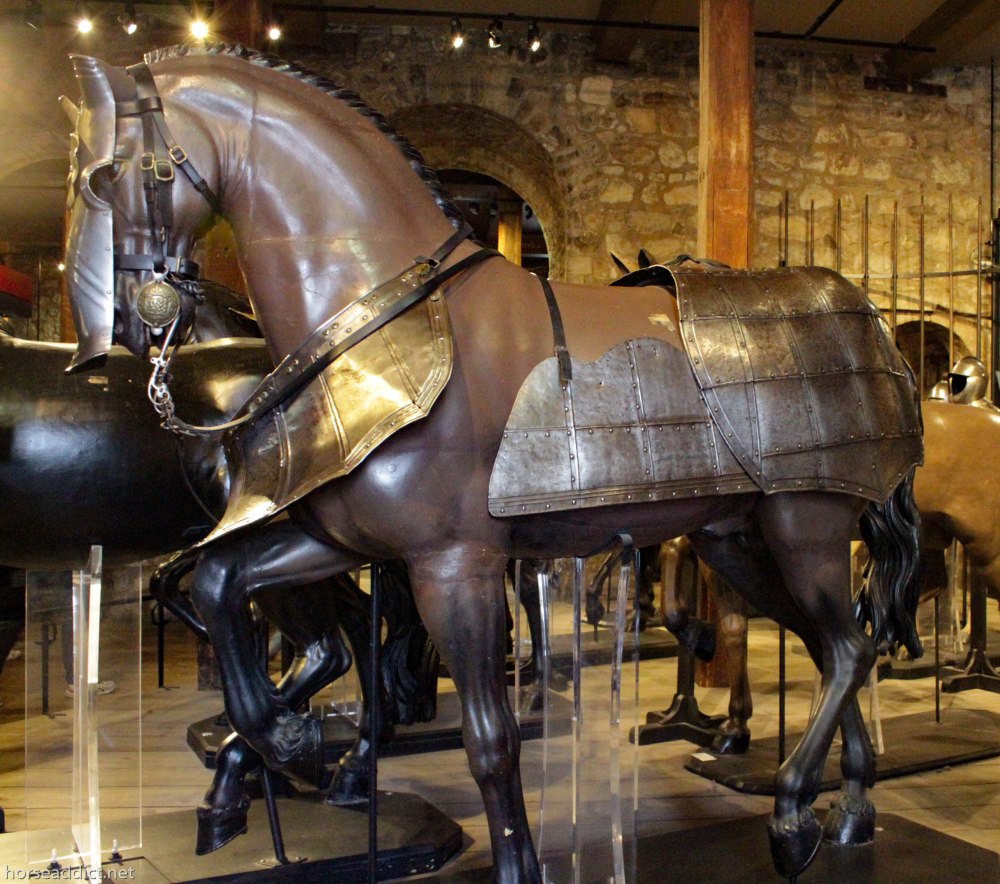 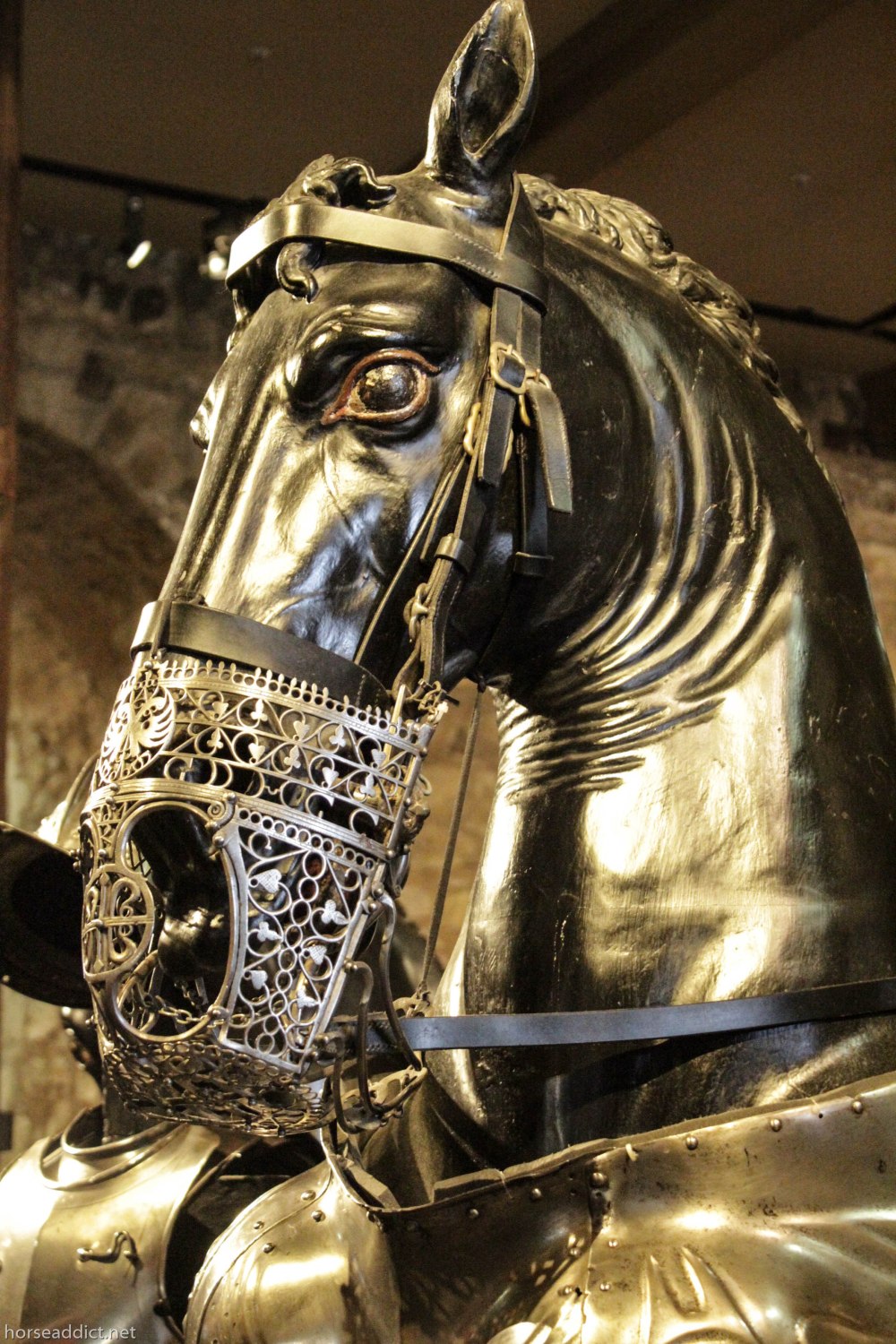 The muzzle seen on the horse above was something used between 1552 and 1621 and apparently little is known about its purpose or use. Possibly for protection or….to stop the war horses nibbling on grass while waiting to engage with the enemy?

The wooden horses that were made for the “Line of Kings” were all around 15 hands so not large draft type horses. They were made in the late 17th Century. Their carving is a work of art and they are not not regarded merely as props to provide seats for the kings in their armour but have a place of honor of their own. 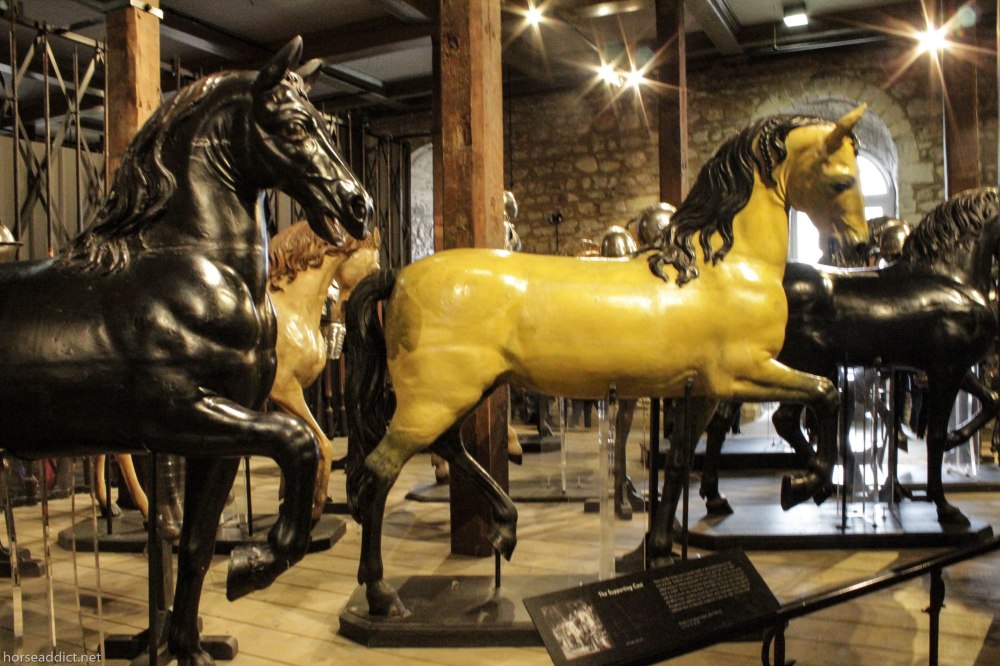 A small sculpture depicts a battle in 1421 when the Duke of Clarence was killed by a French knight. 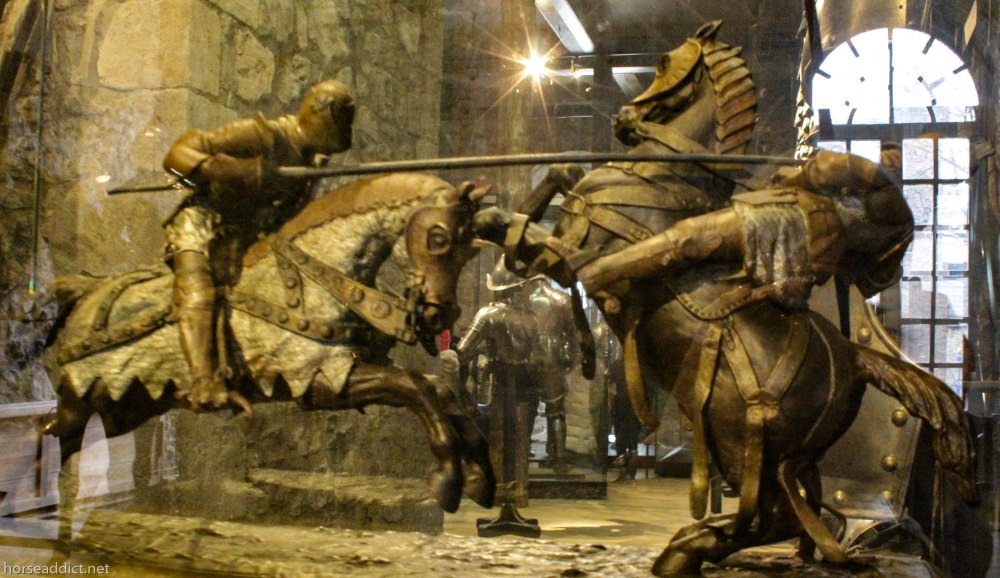 And finally here is a photo of a bit similar to the ones Henry VIII liked to use. He liked to ride a white stallion and to have the horse with lots of white foam on its mouth to make it look more impressive. Hence the things on the bit that would make the horse salivate more. Our guide, Bridget Clifford, who is the Royal Armouries’ Keeper of the Tower, also mentioned that a bit like this, if improperly used could seriously injure a horse. I am sure she was correct. Take a look at this… 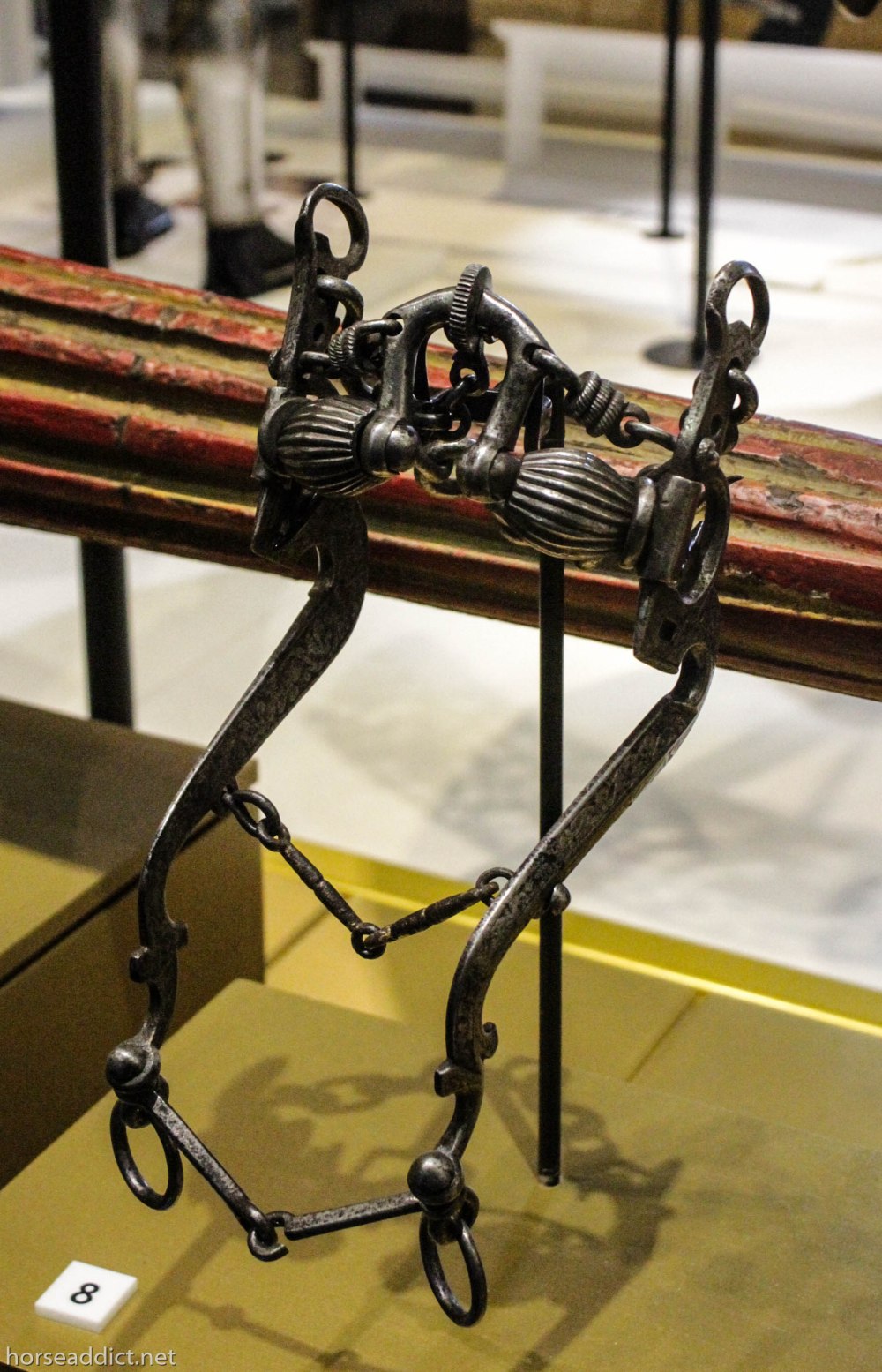 That’s all for now. I will be posting in much more detail when I have time. But in the meantime what do you think about these bridles, bits and the wooden horses of the Tower.