Hello Dear Humans!  My human, Ma Leueen tells me there is an expression among humans that says “there is no resting on your laurels”.  At first I thought that this was advising against sitting down and squashing some greenery you planned to eat but no….it is not. Ma Leueen told me it means you cannot rest on past successes.  Like the success we had at our last show. First place Dear Humans! But then after two days off  we were back to training  with Coach Lou. And guess what he said?

“It’s gone so well I think we can move on now to some of the work from the Intermediare 2 and  the Grand Prix.”  That…..that is what he said.  I thought:  “Oh boy…here we go.”

And sure enough, that very first lesson we started working on the passage. Coach Belinda had already done some work with me on that when we were at home. But now I’m stronger and I’ve got a really good handle on how to do it.  Coach Lou would walk alongside us and give me a tap  once in awhile to keep me focused on moving in the right way.

Then the next thing we worked on at the end of the week was super fast changes of canter lead .  I mean speeeeeedy. Not even one stride in between. Just boom, boom, change , change! Right lead, left lead, then canter on a few strides and boom , boom, right lead ,left lead. Coach Lou calls it a One One. I did it very well a few times and then we took a walk break. Then Ma Leueen picked me up, into my working frame, and we did it again in a different direction. Now I had the idea. Woo Hoo! How many of these boom, boom changes do you want?  At that point Coach Lou said:  “I can see the ‘buzz’ now so let’s finish and let him stretch. ”

I have to be honest, I was a bit relieved.  I mean I can do it , no problem, but I get a bit over excited. and go into my overachiever mode. HaHa!

So there you have it Dear Humans!   I’m back in training to work on more advanced stuff.  I did hear Coach Lou say I had a “real talent” for the  passage. How cool is that?

Here are two of my favorite photos from our competitions.  Till next time Dear Humans! 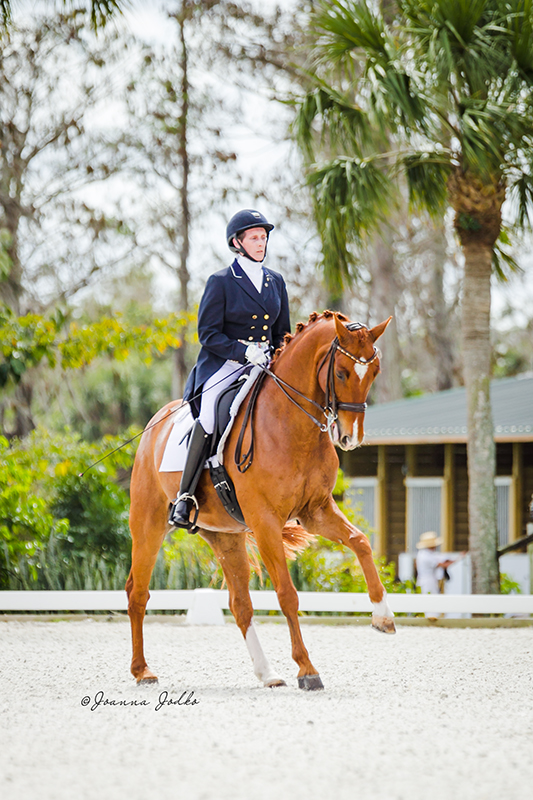