Well Dear Humans , winter is here. This is what the paddocks look like now.

And there are decorations on the barn doors for the Mid-Winter Festival. 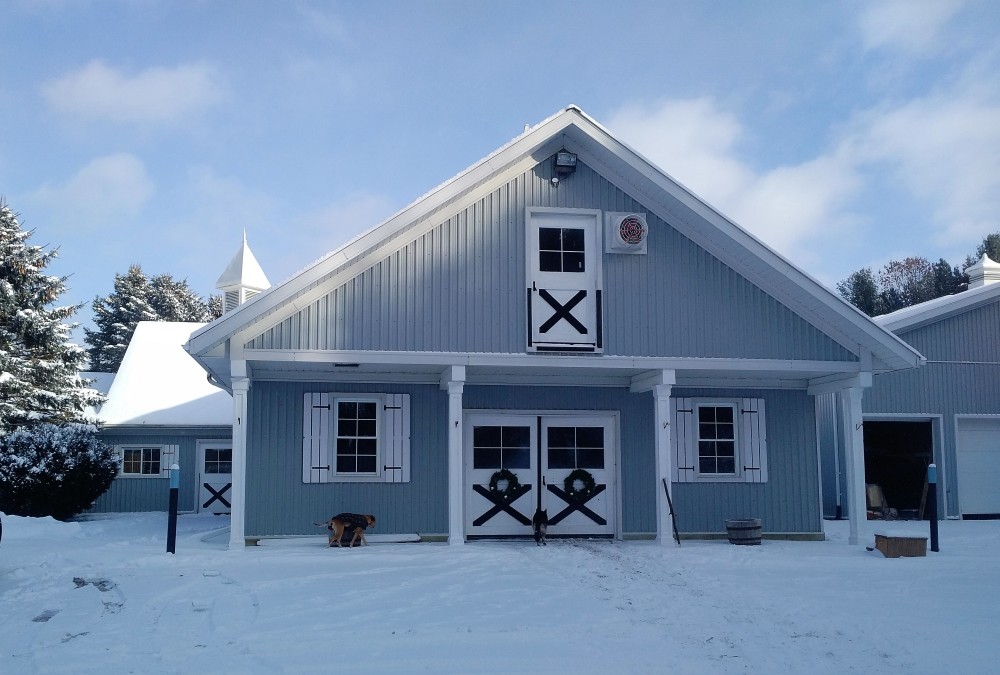 Also there has been a lot of chatter among the humans  about the Festival.  It seems there is a problem with the little humans getting older and ceasing to believe in an elderly man named Klaus who lives at the North Stick. (Oh, my human, Ma Leueen, has just interrupted me to say it is a ‘Pole’ not a stick…..ok….whatever.) So Elder Klaus lives there and he has a group of creatures the humans call Elves. These are small and look like humans but have pointed ears. We horses call them Sprites.  So…. the Sprites make playthings for the little humans and then on the night before the Big Day of the Mid-Winter Festival they put all the playthings into a sleigh and Elder Klaus hitches up a team of reindeer and they fly through the sky delivering the playthings to the little humans.

For some reason as the little humans get older they decide this is just nonsense. Then the big humans worry about how they will give playthings to their little and not so little humans. Well, perhaps I can help with my take on this.

I was born in Germany and I knew a Klaus there but I don’t think he ever moved to the North Stick. Anyway…Elder Klaus is a human so I don’t have too much to contribute about him, Dear Humans, you will have to figure him out for yourselves.

I have not met any reindeer, flying or otherwise. But as the nights are now rather long here, where I live, I have had some time to go back through my ancestor memories to see if I can find anything about horses that lived at or near the North Stick. These are memories I have from the horses that have gone before. I had to go back very, very far to find something. But, almost 30,000 human years ago, horses did live near the North Stick in a place that is now called the Yuke On. It was a very different time and much of the world was very, very cold.  But where my ancestors lived they  were protected from the winds by mountains. My ancestors had big, really big, eyes so they could see in the long dark winters. In the summers there were lovely pastures with grasses and plants to eat. In the winter there was snow but they could paw to get down to the grasses beneath the snow.  There were other big four leggeds there and some of them are around now and are called Buffalo.

So, what about reindeer?  I do not have any reindeer in my ancestor memories but they may have been in a different part of the land. My horse ancestors were able to change themselves over time to adapt to different food and different temperatures.   Maybe the reindeer learned to fly so they could go to find better food or more water. 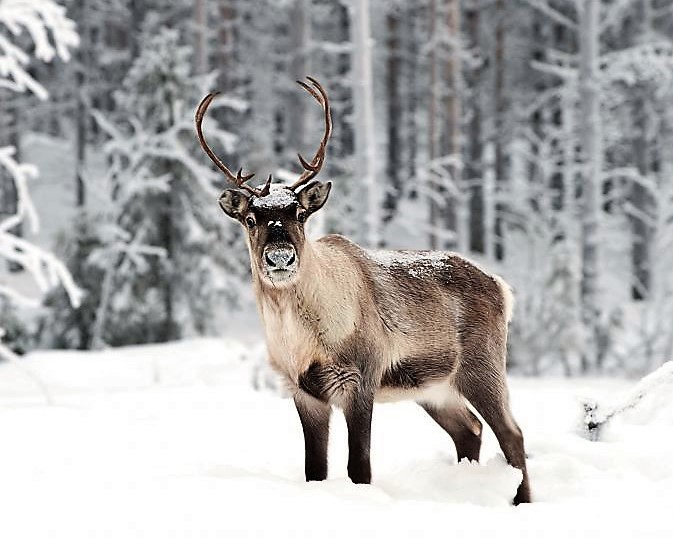 I see you shaking your heads. Well… we horses have changed  from tiny little three toed things, the size of a dog, when the whole world was hot and watery, to horses like the ones in the Yuke On who could survive in the cold and snow. So, who is to say reindeer did not change to be able to fly.

As I said before we horses  call elves Sprites.  Well, they are everywhere.  They are in the forest and I see them every time Ma Leueen and I go out through the forest trails. We horses do not mind them at all unless they startle us by darting out unexpectedly from a bit of sunlight on the arena floor or out from behind a shadow.  Those are the moments when our humans say: “What’s the matter with you? There’s NOTHING there.”  Well, humans cannot see the Sprites so they think we are just being silly.  And the Sprites  come to dance in the barn, at night, when the humans are all sleeping. We horses do not sleep all night like humans so we watch them dancing about. It’s fun to see them. The other thing they do is paint with frozen water on the arena windows. It is quite beautiful. 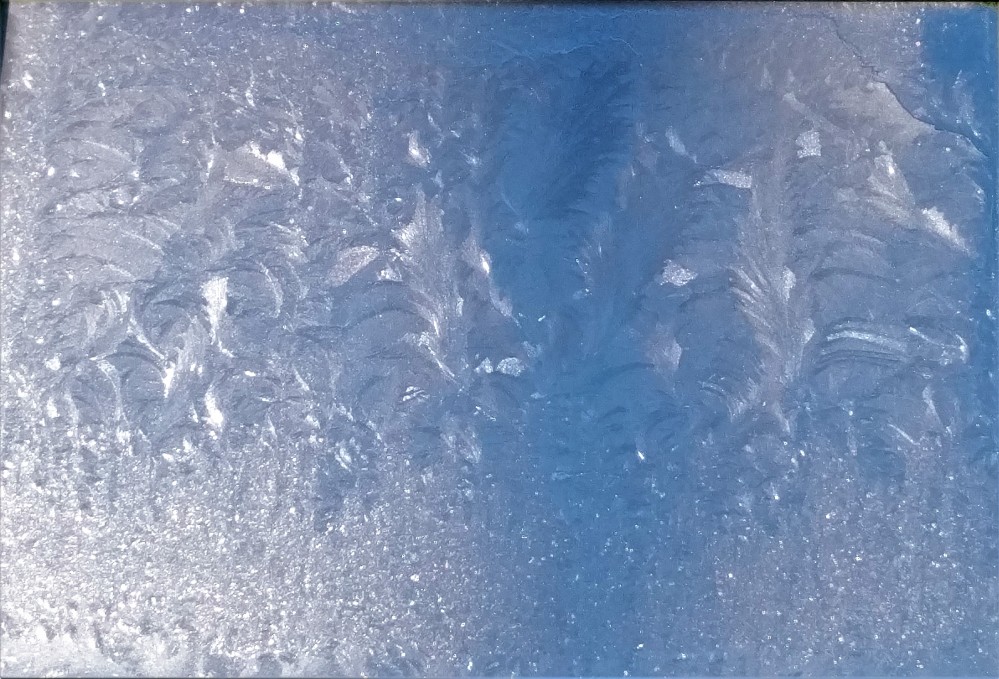 I asked them if they knew if any of their kind lived at the North Stick and made playthings for little humans. One Sprite said that he had an Uncle who had gone up there and was working for the Elder Klaus.

Now, let me tell you a secret.  Little humans can often see the Sprites. But when they get older they stop seeing them because their sire or their dam has told them there are no Sprites.  So, they stop believing and, in time, they don’t see them at all.

My ancestor memories are filled with Mid-Winter Festivals.  I have memories of a place where there was a big circle of huge stones and the humans would all go there in mid-winter for a gathering. They would take we horses because there were no cars or trucks in those times.

The Mid-Winter Festivals will always be a happy time for humans and nowadays even we horses get some extra treats. And the little humans will get playthings, made by Sprites, that may well have been brought by flying reindeer. The older small humans will accept their playthings that are given to them even if they no longer believe in Sprites.

My advice, Dear Humans, is to stop worrying and just enjoy the Festival. Your offspring will be fine and you will all  have fun.