1,000 competitors, $950,000 in prize money, and the title of “Royal Champion” at North America’s #1 indoor equestrian event that includes Canada’s largest variety of breeds and events.  That is “the Royal.” It is an annual event not to be missed in Toronto.  Here are some photos from the day I spent there on Nov. 10, 2017

The main arena, in the afternoon, was devoted to the finals of the dairy cow competitions. Here was the final line up of Grand Champions. These cows are meticulously groomed and the hair above their ribs are clipped close so the judge can see that they have a good and even spread of rib.

And let me tell you this is not silent and somber affair. Queen and “We are the Champions” was blaring at volume 10 in the arena and the audience clapping in time to the song. When the winner, the Grand Champion, was announced the full house roared and applauded. And I also learned that afternoon that I was looking at millions of dollars worth of dairy cows. Millions! And there were people from 36 countries there to see them and watch the competition.

In the evening I watched the Royal Horse Show. The opening event was the Welsh Pleasure Driving, Ladies competition. This lady was in the ribbons but not the winner. But she was the winner for me.  She is 83 years old and when she lost her number one competition pony she just pulled this one out of a field and got him into trim for competition and qualified for the Royal and here she is  driving him at the final.

Next was the Roadster Pony. 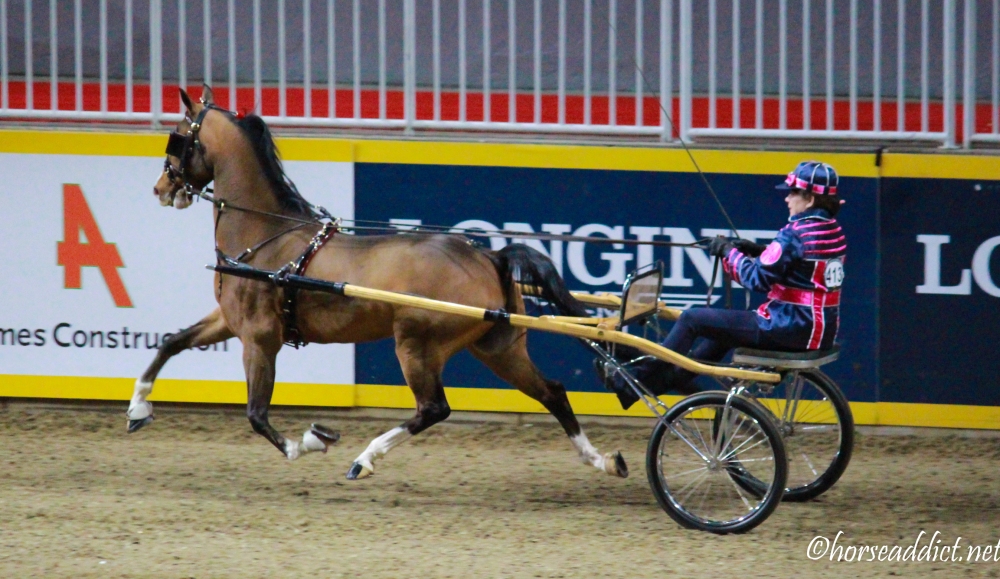 From pony to the Big Boys….the Percheron six horse hitch.

And in case you need some perspective on how big they are …. 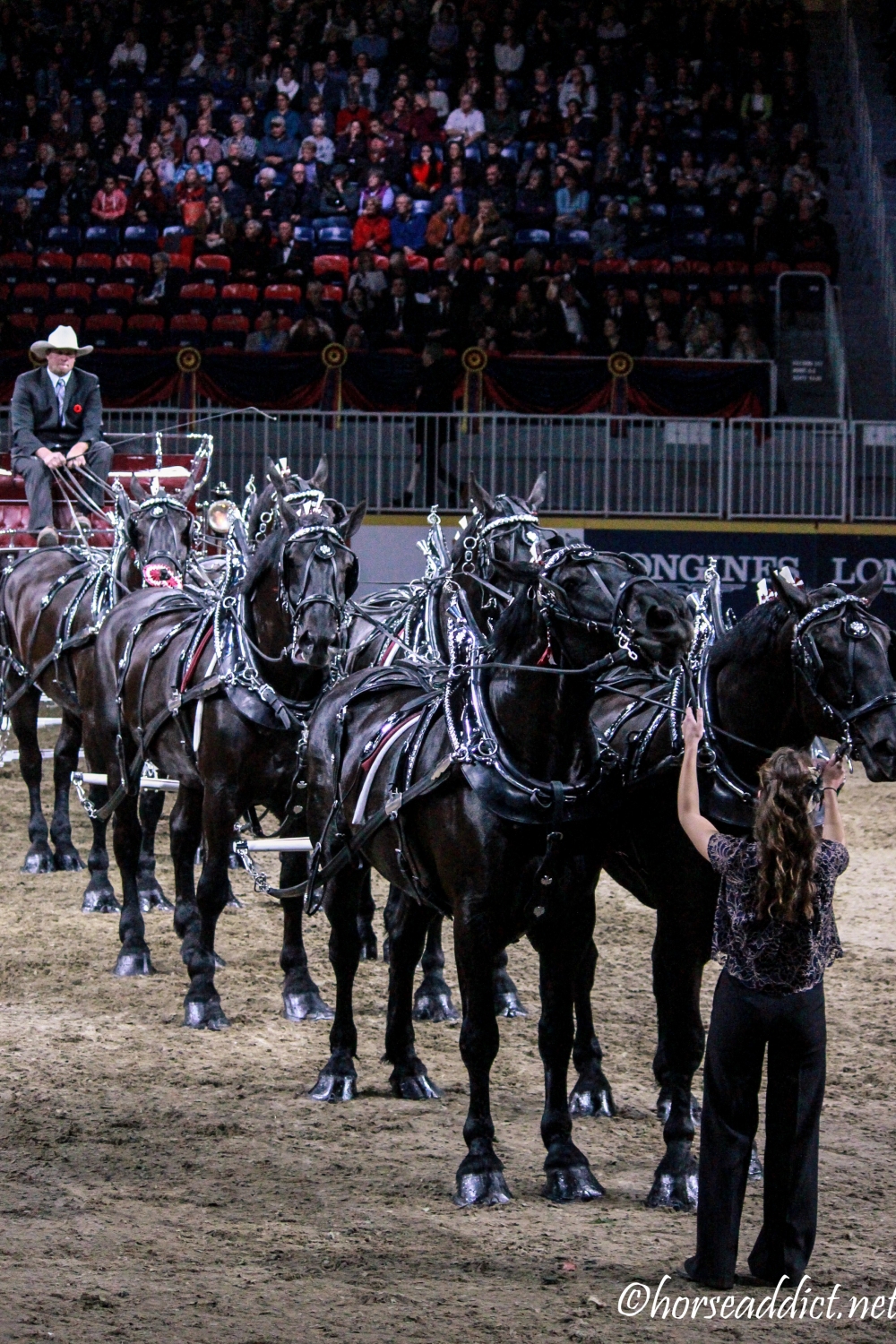 Then came the Green Meadows coaching and the beautiful antique carriages, and matched carriage horses. The horses and carriages go round the arena one way and then, on the Ring Master’s command, they change direction across the ring and go in the other direction before lining up in the center of the ring to be inspected by the judge. The  judging looks at the horses, the carriage and also opens up the back of the carriage to see if they have suitable picnic fare for their passengers as well as equipment in case of a breakdown. 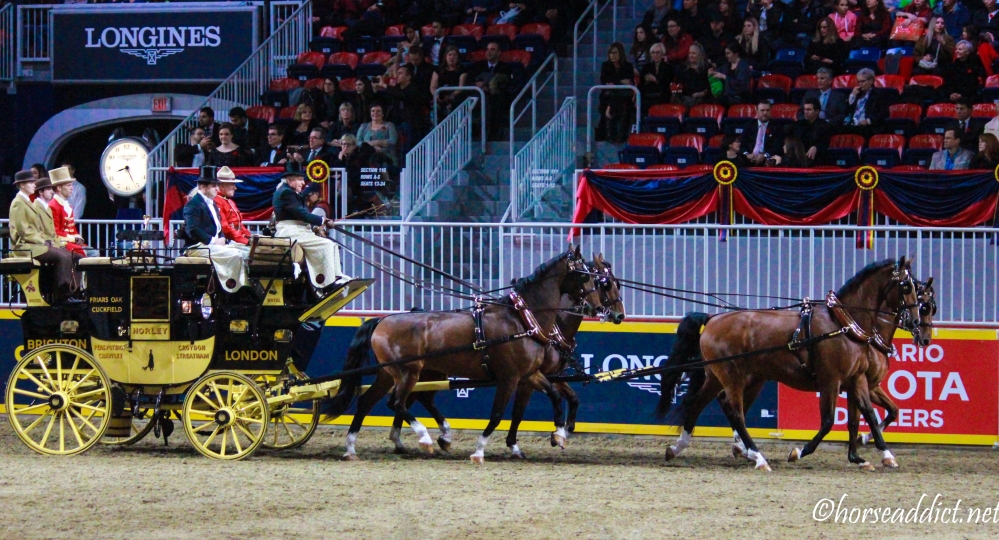 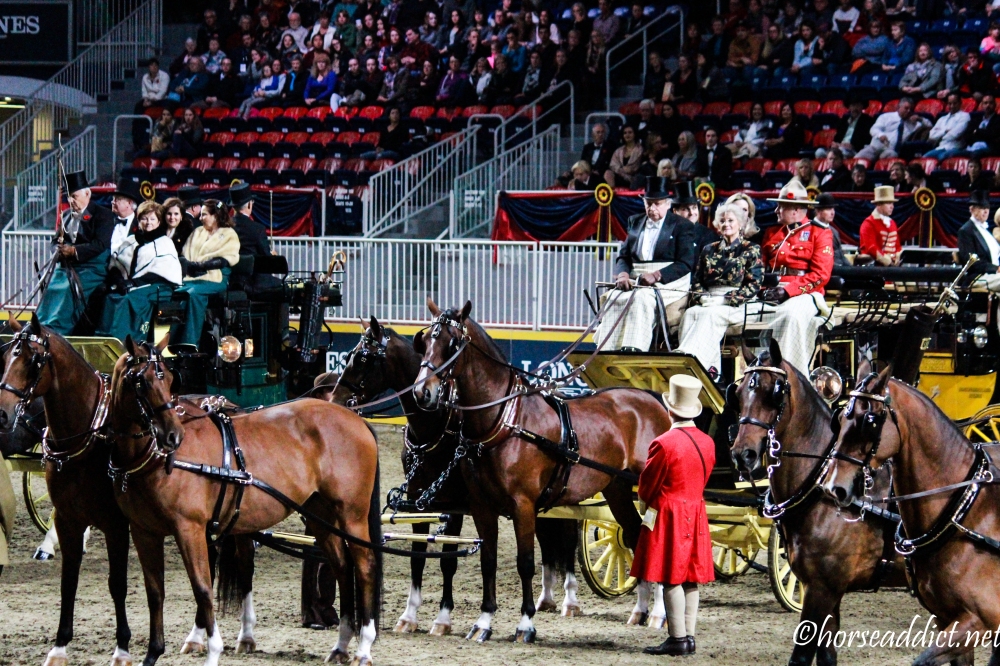 For me the chance to see the carriage horses, the heavy horses, and the ponies is something I cannot see anywhere else. An added bonus is that you can walk through the stabling  area and see all of these horse up close!  I will be doing another post dedicated to the Percheron Six Horse Hitch soon.