Last November I went to the Royal Winter Fair in Toronto to see the Clydesdale Six Horse Hitch competition. One of the wonderful things about the Royal is that I can go “backstage” to the stabling area to see these magnificent horses being prepared for their appearance in the stadium.  The horses are groomed, braided with decorations placed in their  manes and tails and harness put on. Then the six horses are put in cross ties for the finishing touches to their feathers( the luxurious white hair around their hooves). Everything must be perfect. 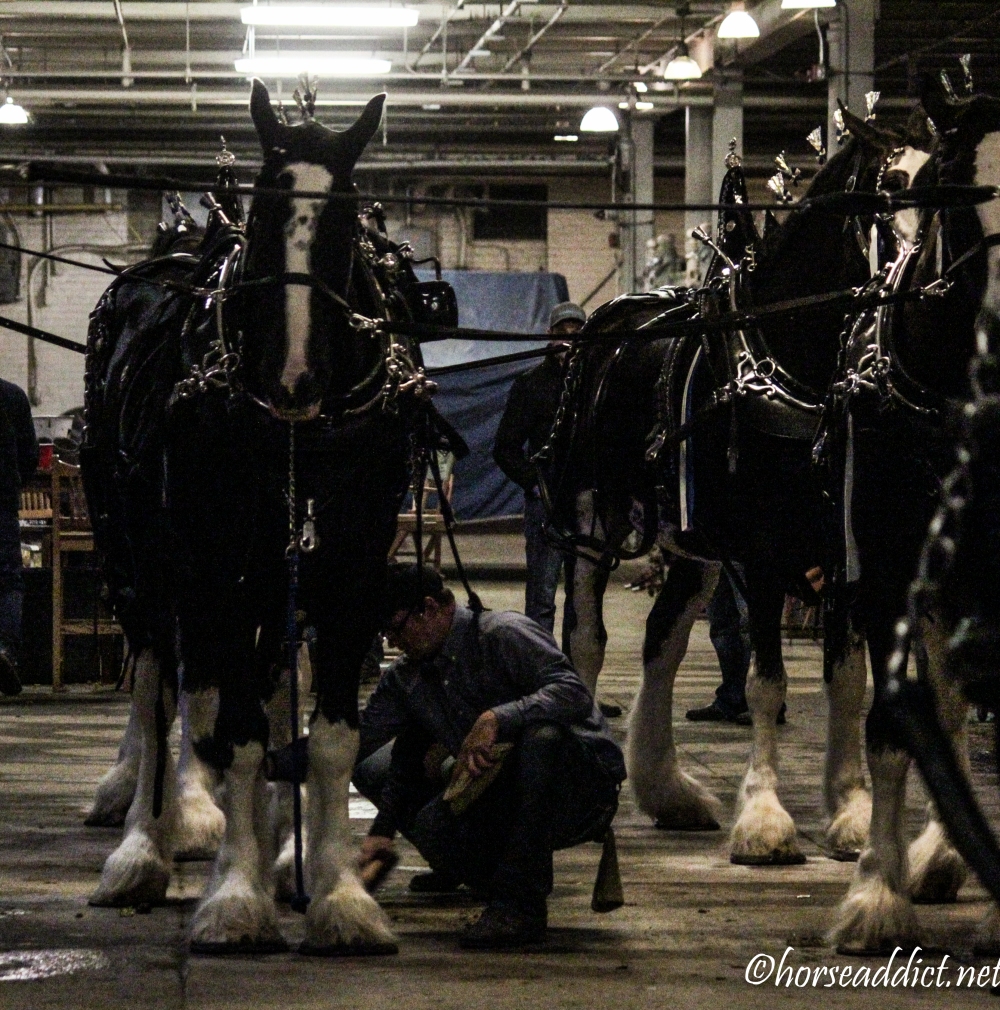 The harness it gleaming . The decorative elements will be color coordinated for all six horses. 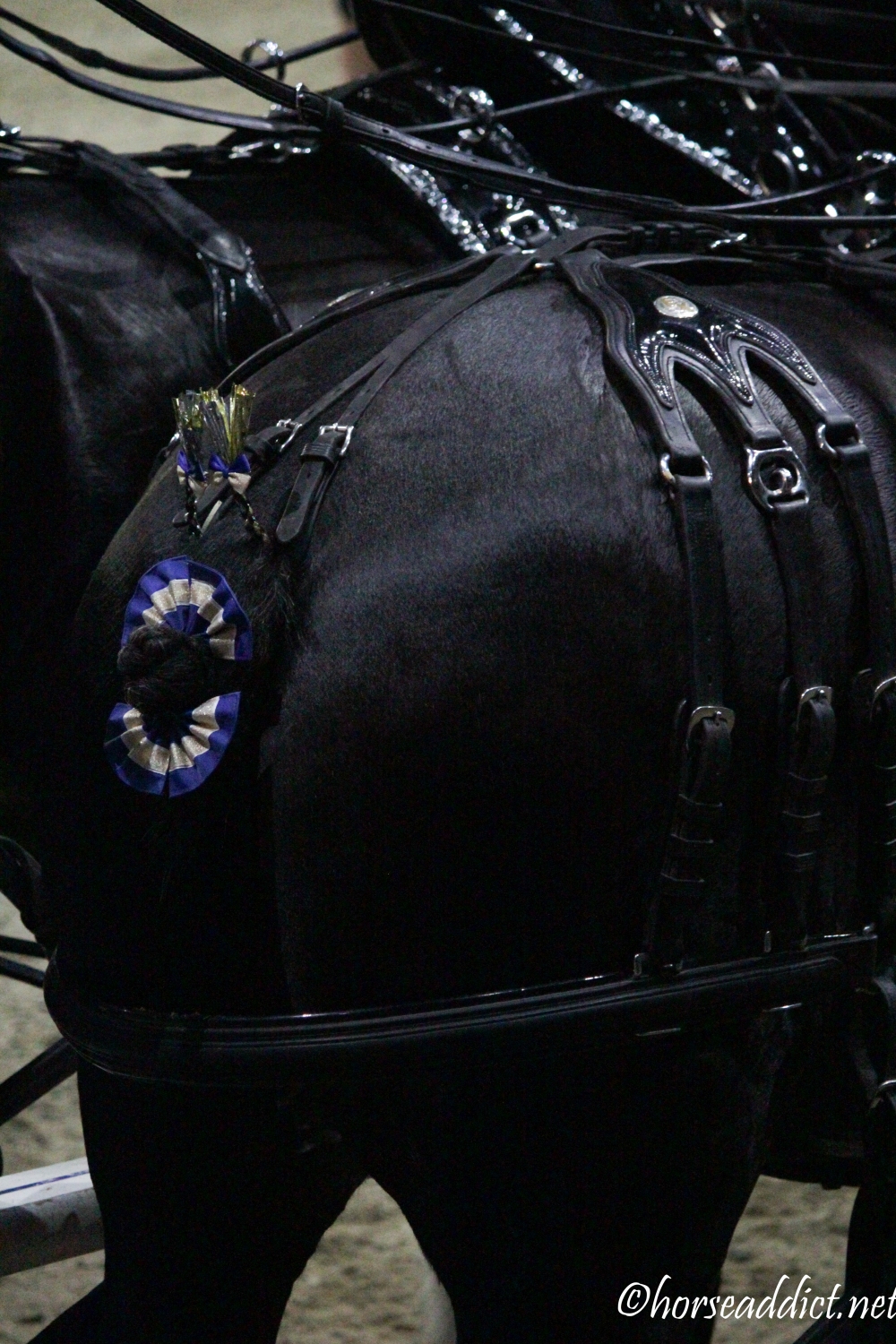 These are proud giants that weigh in at some 2000 pounds but have gentle hearts. They are proud to be at the Royal in an important competition. 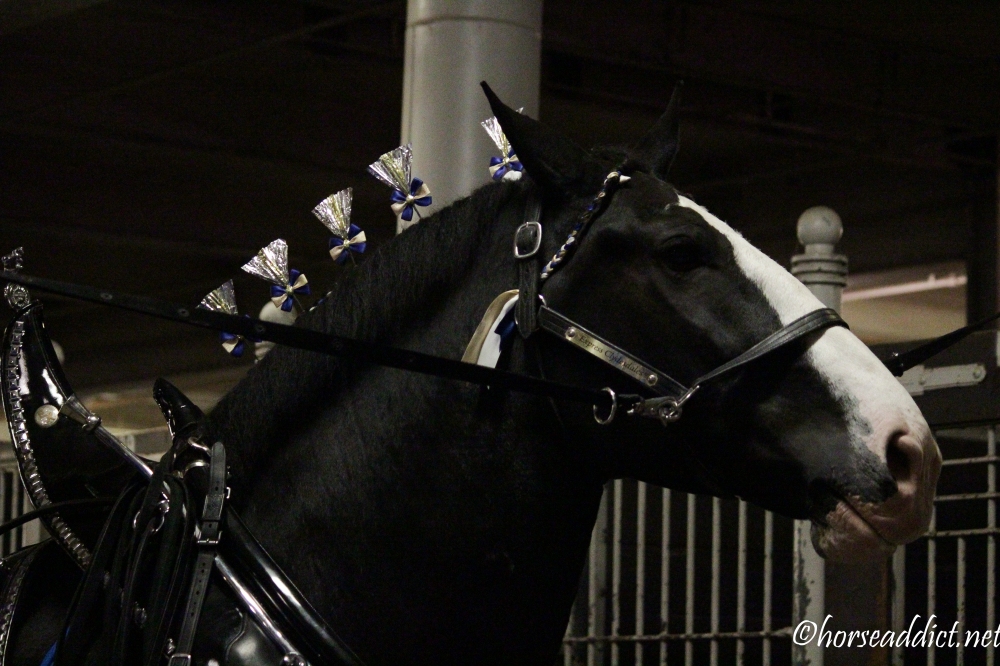 The next step is the horses must be hitched up to the wagons.  They start with the two nearest to the wagon and then bring out another two and then the two lead horses. Finally the horses are driven to the assembly area where they will line up and wait to go into the stadium.  The sound of these big horses trotting rhythmically over the cement is deafening and parents who are watching with children pull the children back to make way. The assembly area has a rather low ceiling for the drivers on the wagons. You can see they have to duck going under the pipes! Once they are in the assembly area the grooms rush in to take off the leg wraps. They have been wrapped to prevent anything spoiling the perfectly white feathers. 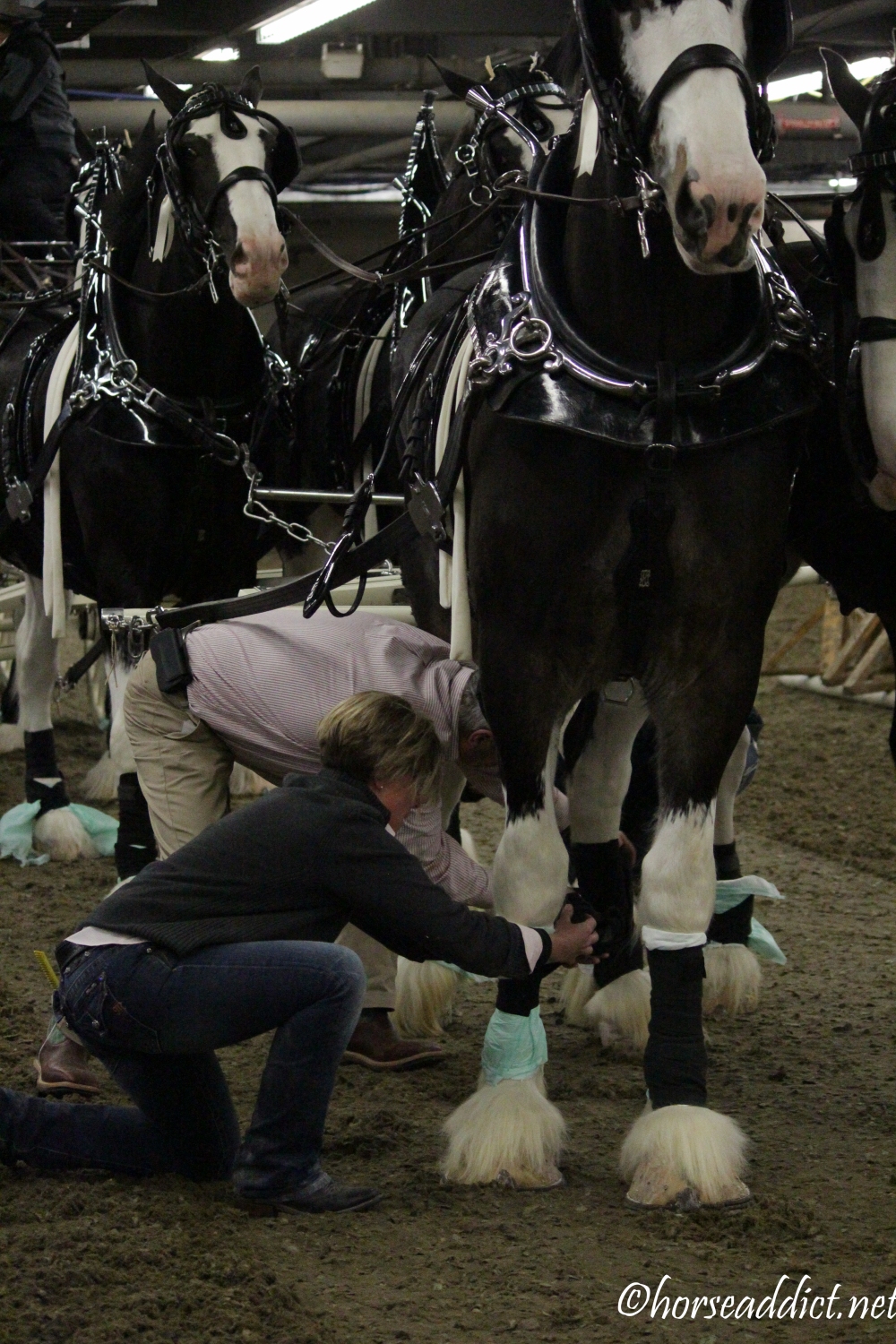 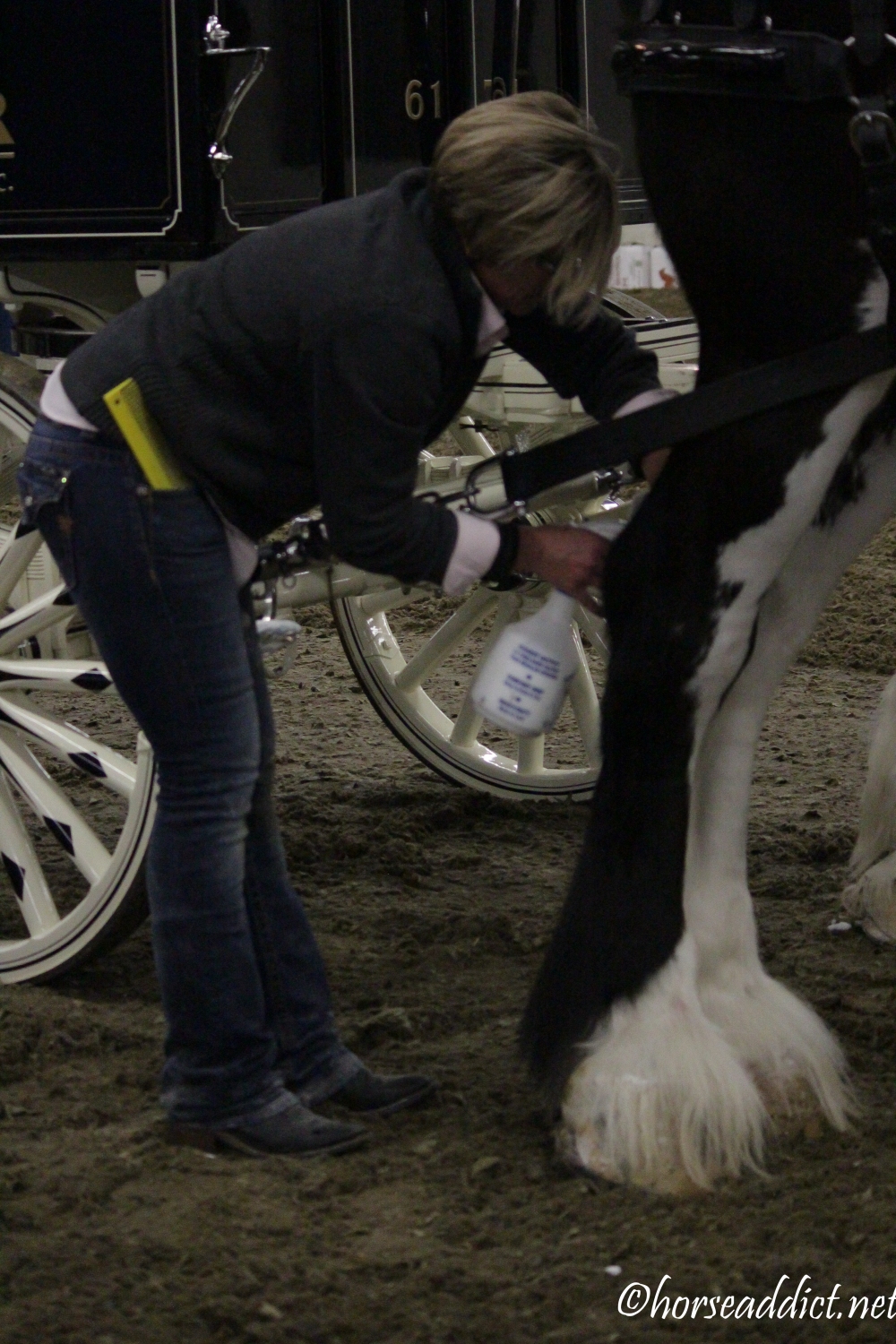 Then they will be off into the stadium!  Four gleaming wagons each with six Clydesdales.   Tomorrow I will post the  photos from the competition and the winners!