When Sherlock Holmes said to Dr. Watson:”the game is afoot!” that meant they were off to solve a mysterious case. A murder? A robbery? And when the ‘game was afoot’ how did they get to the crime scene? This was long before Uber taxis. In Holmes day the way to get across London was in a horse drawn hansom cab. Here is Sherlock Holmes advice to Dr.Watson in ‘The Final Problem’.

In the morning you will send for a hansom, desiring your man to take neither the first nor the second which may present itself. Into this hansom you will jump, and you will drive to the Strand end of the Lowther Arcade, handing the address to the cabman upon a slip of paper, with a request that he will not throw it away. Have your fare ready, and the instant that your cab stops, dash through the Arcade, timing yourself to reach the other side at a quarter-past nine. You will find a small brougham waiting close to the curb, driven by a fellow with a heavy black cloak tipped at the collar with red. Into this you will step, and you will reach Victoria in time for the Continental express.”

I don’t know about you but I think that this razor sharp time frame could not be achieved by a 21st Century sleuth, calling an Uber and waiting for it to arrive; to say nothing of being unable to maintain secrecy with cell phone communications that would announce who you were and where you were going. 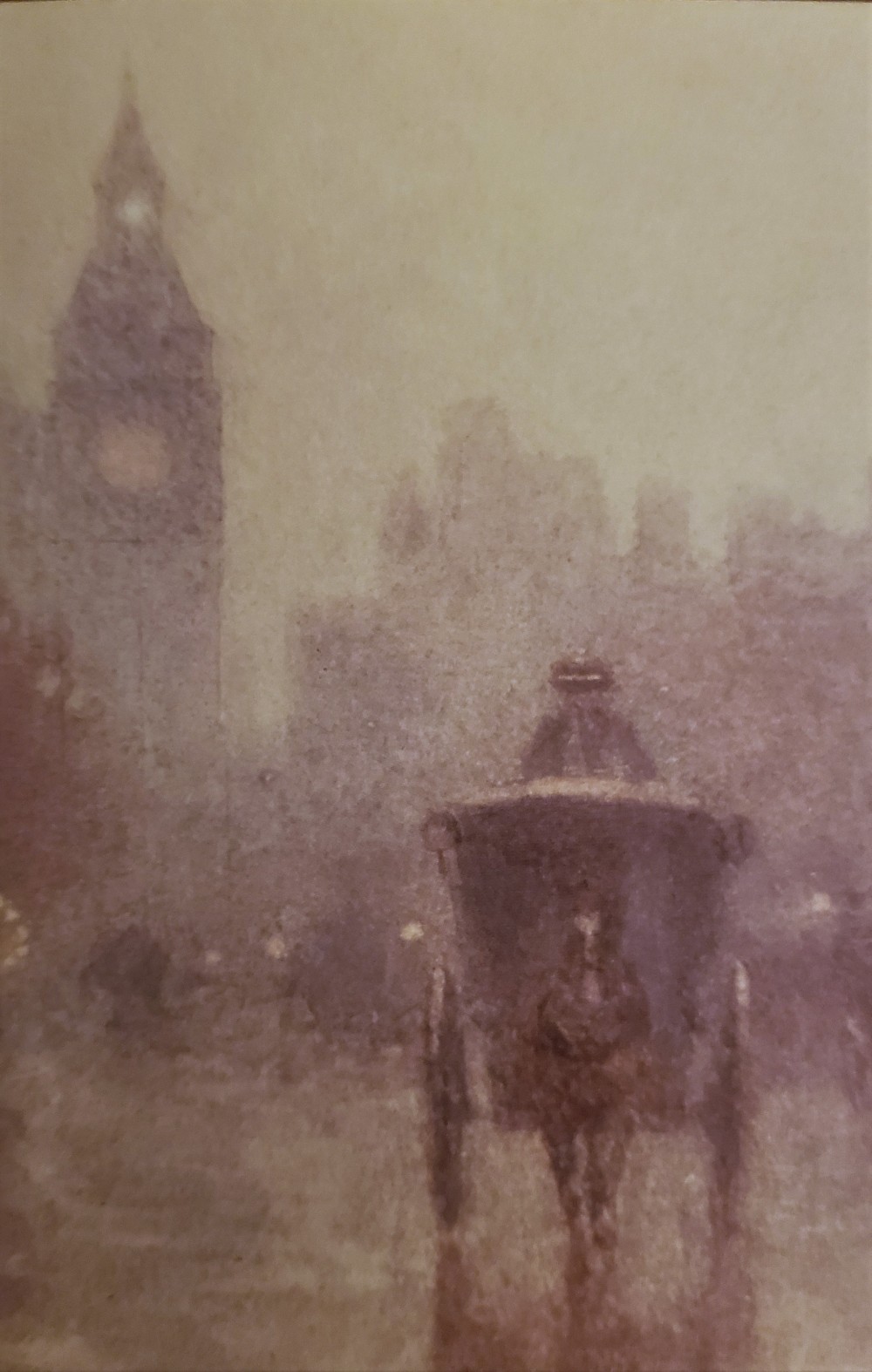 Photo from The Horse Book: Horses of Historical Distinction by Kathleen Walker-Meikle.