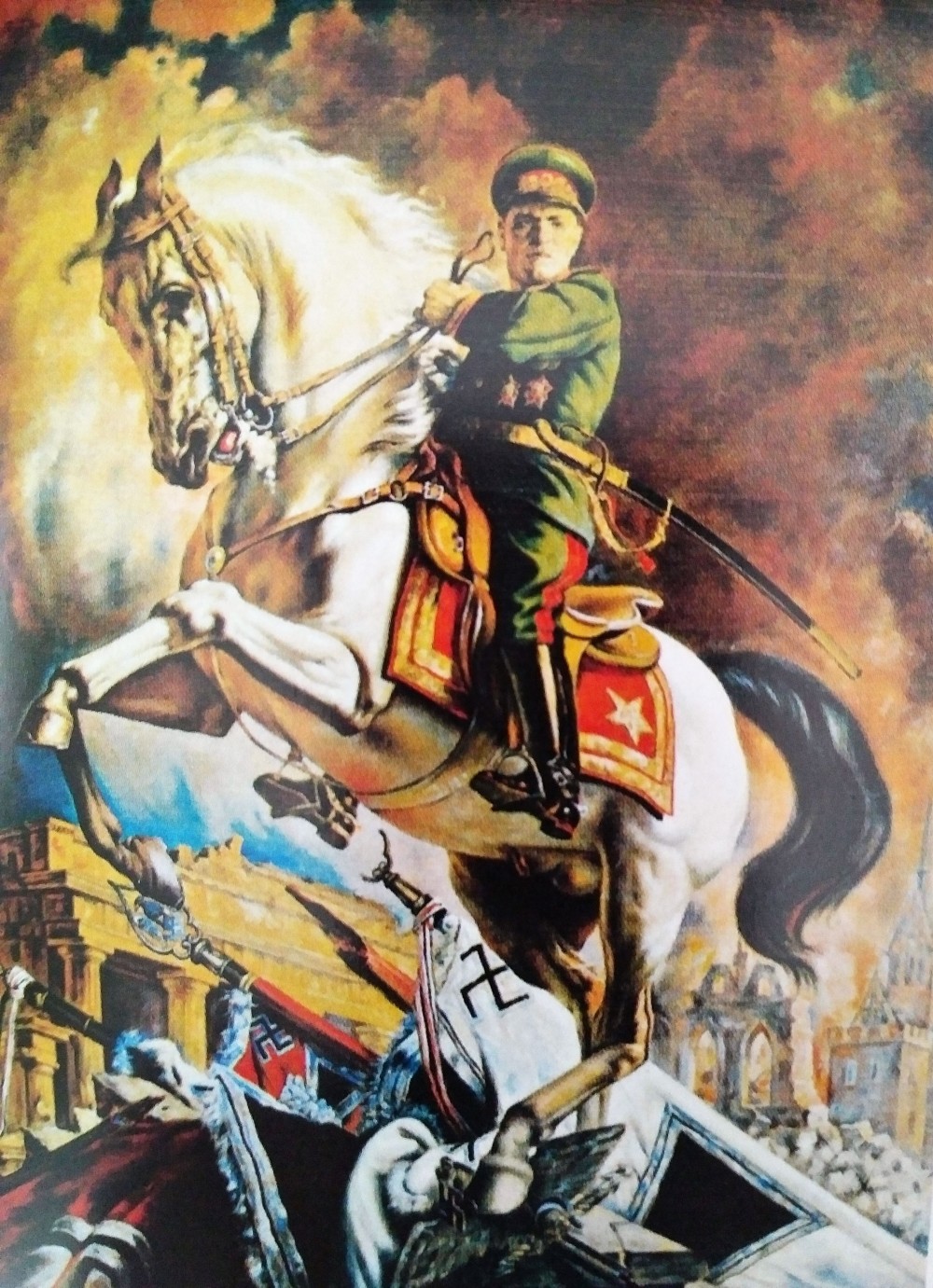 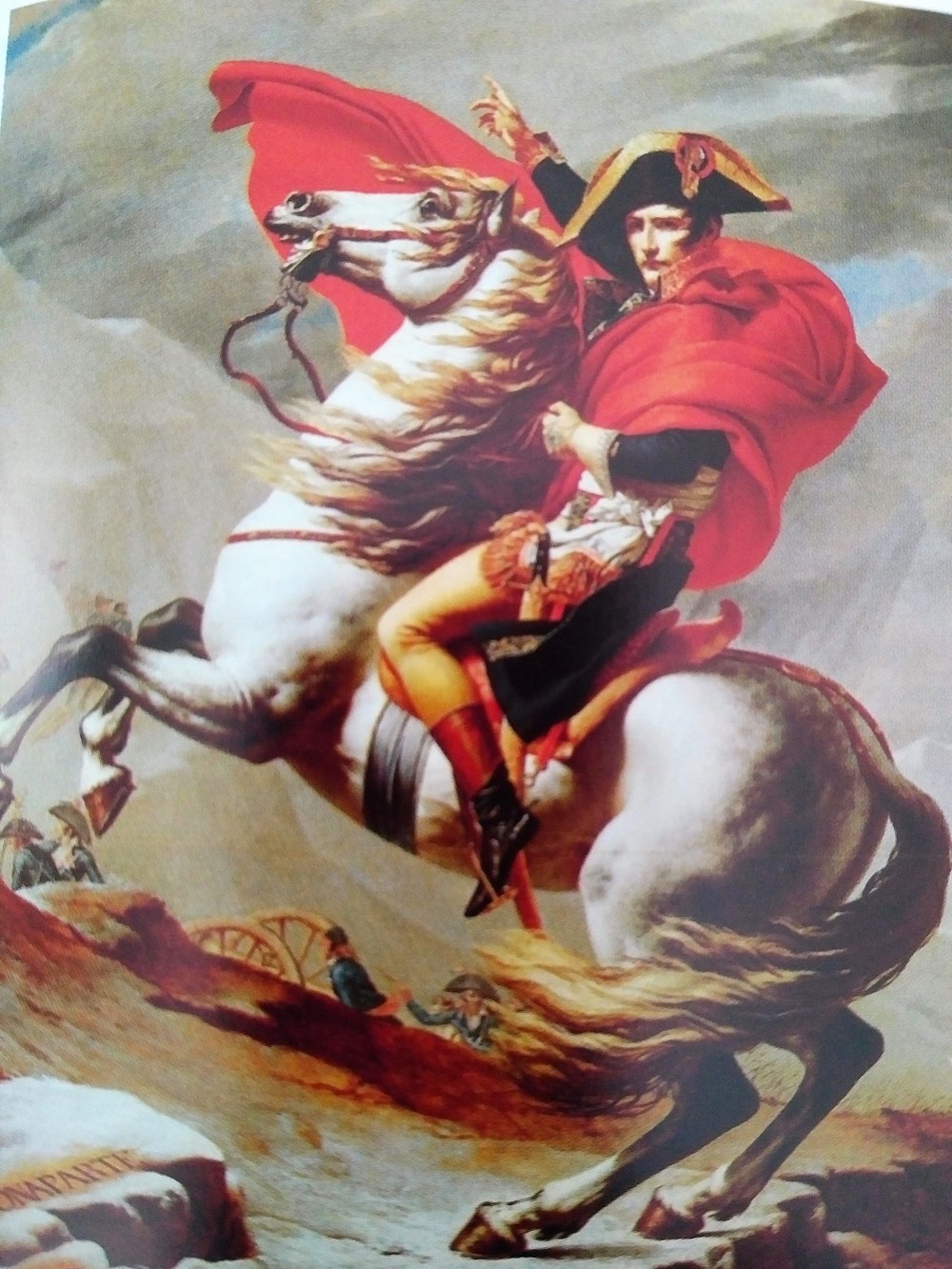 This very famous painting by Jacques Louis David of Napoleon Crossing the Alps or Bonapart at the St. Bernard Pass, shows Naploeon on a white stallion in a levade. The swirling red cape, Napoleon’s arm raised to point the way ahead, the rearing stallion with a look of fire in its eye, all clearly indicate Napoleon is a warrior of tremendous bravery who can lead his troops to victory while calmly riding  a spirited stallion.  In real life Napoleon was a small man with a  plump figure. And historical record shows that Napoleon rode a mule and was a few days behind most of the army.  So this is the 1800 equivalent of “fake news”. However Napoleon was able to ride and he took advantage of the stature that gave him.

Here is the statue at Ground Zero in New York. Not a person on an armoured tank or a person with a big assault weapon. No, this is an American Green Beret, mounted on an Afghan pony,  that symbolizes ‘De Oppresso Liber’, Freedom from Oppression.  That is the power the image of a horse can bring.  How striking the similarity to the painting of Napoleon. But this depicts a real life event. 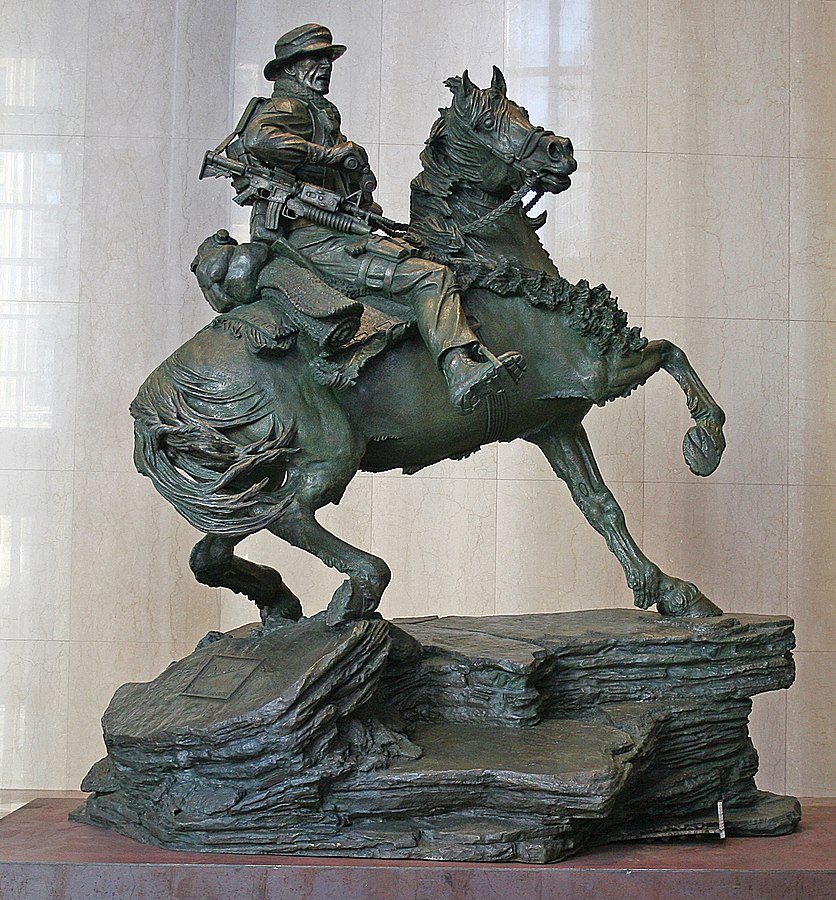 The statue at Ground Zero commemorates the assault in Afghanistan in 2001 when 1,500 mounted soldiers of the Afghan Northern Alliance charged a Taliban stronghold and were victorious. That may be the last cavalry charge in mankind’s history.

Throughout history leaders of the armies, the Generals and the Kings, have been depicted on horses. The horse gives the human the look of power, might and victory. But now that horses are no longer used in battle how will the Generals and Kings be shown?  How will the stature and the power of the horse be replaced?

What do you think?  Leave a comment below to let me know.