In the lead up to Remembrance/Veterans Day I wrote a post  in 2016 about the War Horse Hero of the Korean War….Sergeant Reckless. This was a mare of great bravery and intelligence.  Here is the text of that previous post.

In  1952 Reckless was bought  by the US Marine Corps to serve as a pack horse for the Recoilless Rifle Platoon, Anti Tank Company, of the 5th Marine Regiment in the Korean War.

The chestnut mare of Mongolian breeding was trained in battlefield skills: how to avoid being trapped in barbed wire, how to lie down when under fire, how to run for the bunker upon hearing “incoming”. She soon became friends with the troops and was allowed free run of the camp and spent nights inside with the troops. She had a remarkable appetite and ate scrambled eggs, bacon, chocolate bars, shredded wheat, peanut butter sandwiches and drank Coca-Cola. The camp doctor had to advise that she not be given more than two bottles of Coke a day!

Her job was to carry supplies and ammunition and also to evacuate the wounded. She was very good at  stringing out telephone wire from reels of wire on her back. She could do the work of 12 men when doing this. . She quickly learned the routes for supplies and would travel to deliver supplies on her own.  In the Battle for Outpost Vegas in 1953 she had her finest hour.  In a single day she made 51 solo trips to  carry ammunition and carried a total of 9,000 lbs. She was also wounded in combat twice.

After the war she was decorated with two Purple Hearts, a Marine Corps Good Conduct Medal ,a Presidential Unit Citation with bronze star, National Defense Service medal, United Nations Korea Medal, a Navy Unit Commendation. For formal events members of her unit would  place these awards on her fancy horse blanket to dress her up for the occasion.

She was promoted to Staff Sergeant on August 31, 1959, at Camp Pendleton, CA. At the ceremony  she was honored with a 19-gun salute and a 1,700-man parade of Marines from her wartime unit.

She saw out her retirement at Camp Pendleton in California and died at the age or 19 or 20. Recently a memorial statue was unveiled at Camp Pendleton. For more information on that please see this Defense Department news release with photos. 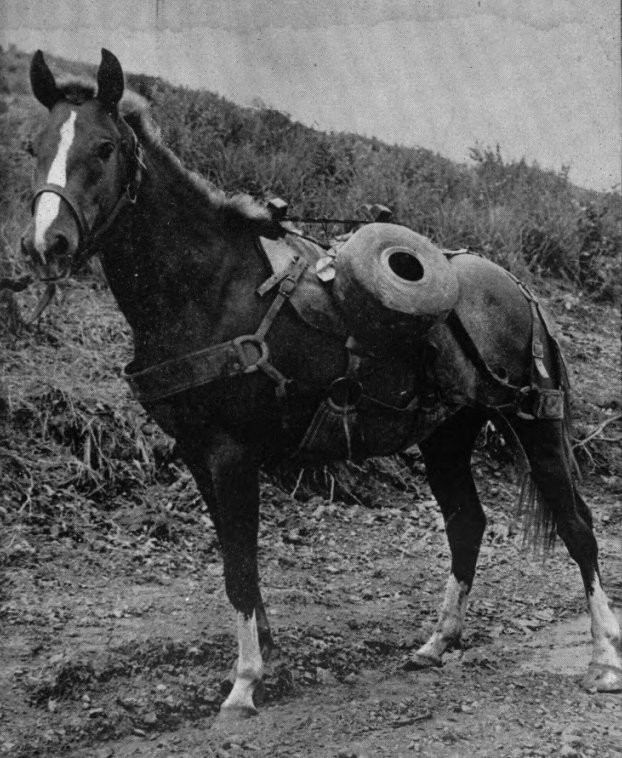 27 responses to “Two Purple Hearts, a Presidential Citation and More for Sergeant Reckless!”