It’s 1985. I’m 8 ½ months pregnant. The music is at volume 10.  Am I introducing the baby in utero to Bach? HECK NO!   It’s Bruce Springsteen and I’m dancin’ in the livin’ room to “Born in the USA”.  Since then I have seen Springsteen live twice. The first time in 1988 in Toronto when he performed with the Amnesty International “Human Rights Now!” tour and again in 2012 in Toronto where the Boss and the E Street Band were on stage for at least 3 hours.  So, you could say I am a fan. But I never knew he was a rider as well as a rock and roller.

Springsteen’s autobiography ‘Born to Run’ is written by him, no ghost writer involved here! When I got to Chapter 3 and the words started to leap off the page with the kind of dazzling energy he brings to his live performances I knew this was quintessential Springsteen.  No one else could write like this. 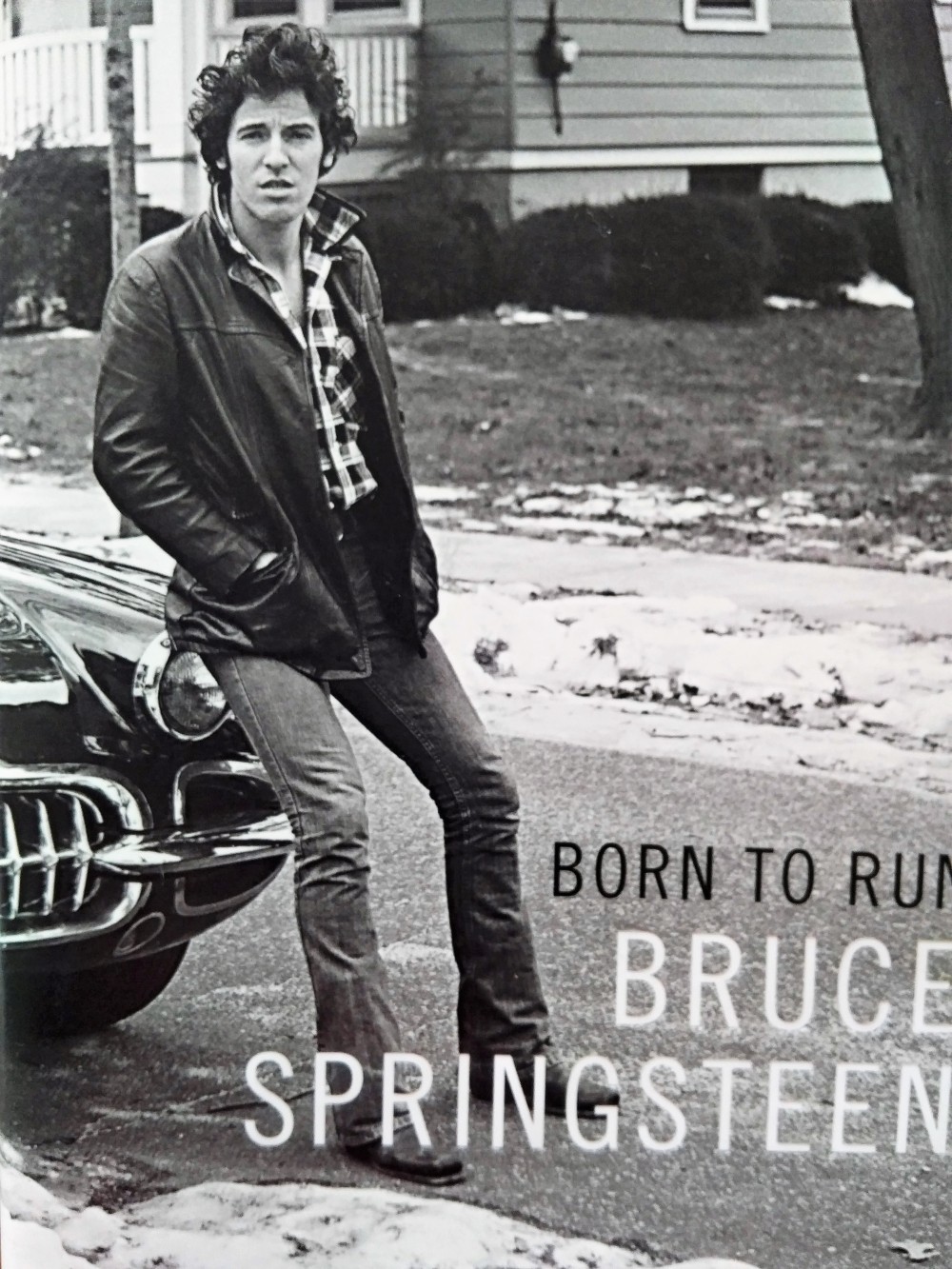 The book starts with his child hood in New Jersey and is very honest about his family and what their lives were like in a small town. But he did not get buried under any of this. He found music. Springsteen did not win ‘American Idol’ or appear on ‘The Voice’. Nope! He climbed up step, by bloody hard step, through bars and clubs before he arrived at the big time.

So where do the horses come in?  In his forties Springsteen bought some land near his old hometown in New Jersey and he and his wife Patti decided to get some horses.  Here is an excerpt.

“…a trailer arrived at our newly acquired ponderosa with horses from the Saratoga race track. We were told by the kindly gentleman doing the selling they were all of fine stock and could be ridden by an inebriated chimpanzee. Okay. With no riding experience, I climbed on. I’d seen a million Westerns; how hard could it be?

I was then pulled all over the farm by one son of Secretariat after another until I found one who “sort of” listened to my unskilled commands. Over the next several months we put together a stable of animals ranging from the very rideable to some only for the suicide prone.

Springsteen finally found a horse he could happily ride.

“Patti found a dusty old palomino. As I sat astride him, I felt at home. He had a beautiful light gait, smooth as a Cadillac, and was extremely quiet, old and confident. He was unruffled by the clumsy reining of the neophyte on his back. “I dub thee ‘Cadillac Jack’.”  This horse taught me how to ride until I had him at a full gallop, belly flat to the ground, breezing him at speeds they make over at Monmouth Park. In the woods, the deer and small creatures did not startle him, the wind did not unnerve him nor the dark cause him to quicken his pace for home.”

“Born to Run” is a marvelous read.  Springsteen is very honest about the reality of his life and the road to the top. It is not all Red Carpets, Academy Awards and Grammys.  He has suffered from depressive illness for much of his life. He has made mistakes. He has got it right. Even if you are not a fan this book is worth a read. Bruce Springsteen is one of the last great Rock and Roll musicians. There will be no other like him.  And here is how I heard him described on E Street Radio.