There are dozens of true stories about horses: famous racehorses, famous jumpers, famous dressage horses. But Spike is a different sort of famous horse. Spike has become famous because he has Congenital Lordosis. Never heard of it? Neither had I until I learned about Spike.  Spike and his owner, Australian Alyssa Knee, have brought the condition to light and have played a large part in bringing knowledge of this condition to not only the horse world but, through social media, to the world at large.

Here is an excerpt from the book:

“I don’t remember what I was doing on the 3rd of January 2003.I do know though, that I was 14 years old and would have been on school holidays. I am sure that for me at the time this particular Friday was just like any other. Except it wasn’t, because on this day four tiny hooves hit the ground for the very first time and even though I didn’t know it yet, the world would never be the same again. “

Thus begins the story of Alyssa and her horse Spike. In 2011 Alyssa and her partner leased a 120 acre property where there was space for horses and she started with three horses; an Australian stock horse and a Thoroughbred and a rescue horse. Then she received a text from a friend asking if she would take another rescue, a 7 year old Warmblood gelding who had a swayback. Alyssa said no.

Then she saw a photo of the horse on Facebook and his sale listing. She did not give it too much thought. But this horse with his swayback kept coming back into her mind.  The horse was Spike and she bought him. Sight unseen. Alyssa knew somehow that they were meant to be together.  When he arrived at her farm she was a bit nervous about  his swayback. Nonetheless she thought he was beautiful.

They formed a strong partnership and Alyssa began to research Congenital Lordosis. This condition causes a swayback but does not put the horse in difficulty, pain or restrict his movement. The biggest problem was finding a saddle to fit him . After trial and error she found a Wintec saddle and a special pad that worked well for him.

Alyssa had to contend with social media negativity when she posted pictures of Spike on Facebook. One person told her that Spike should be shot. At first she was upset by the ‘haters’ but now she has learned to let it go. And Spike has won a large following through social media and has increased the knowledge of people the world over about his condition.

Alyssa started a blog Brunette in Breeches and over 100,000 people had read about Spike within a year.  Spike has been featured on the websites Horse  Network, and Horse Nation and his story has been  published in Australian Performance Horse magazine, HorseWyse Australia and Hoofbeats Australia. And…he has his own You Tube channel!

Alyssa describes Spike like this; “He’s still the same loveable, quirky, funny horse who loves his food way too much and works way too little. The horse who always gives you his best no matter what you ask of him. ”

She admits that Spike is a different horse than the one she may have dreamed of as a little girl: ” Spike may not be the exact horse that I dreamt of when I was little, but he is in every way my childhood dream come true. Dippy back and all.”

Spike A True Story is a charming story , truthfully told. I recommend getting it to find out how a horse can change your life, even if that happens in a way you may never have expected. As well, it is interesting to find out that a physical deformity does not always mean disability. 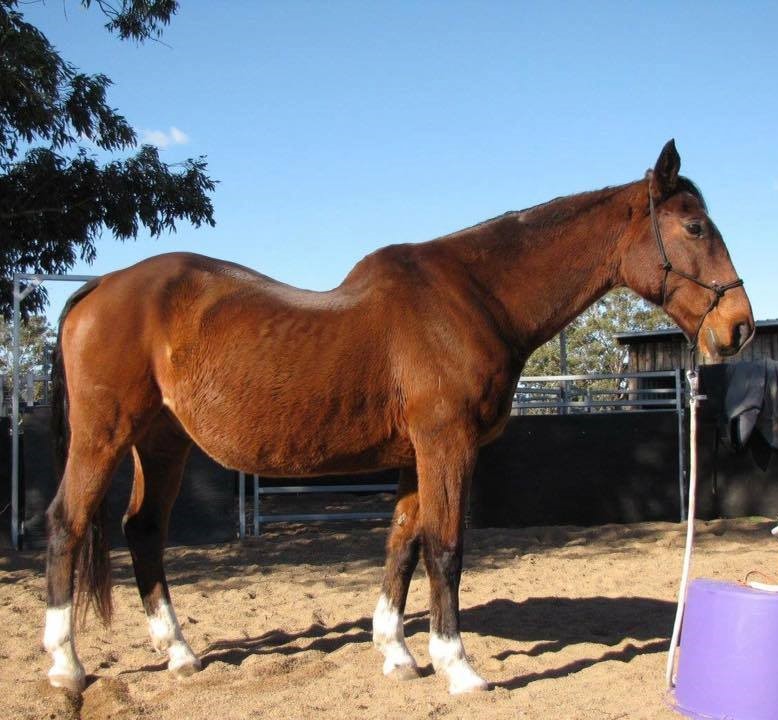