The Christmas horse has been with me, every Christmas for the past sixty Christmases. I first saw him at my school’s Christmas Bazaar where my mother bought him for me.  My mother had a penchant for ‘decorator’ Christmas trees. They were sprayed with pale pink or pale blue or white flocking. And the decorations were not just any old thing but each year had to be specifically chosen to go on that specific tree. The pink tree for example  had silver flowers with pink centers.  I would have been happy with just a  green tree with some colored stuff on it but the tree was my mother’s annual Special Project.

That first year she raised some objections to my placing the little red Christmas horse under the tree, which was pink that year. Not a suitable color combination. But she relented and he took up his place of honor under the tree. He was there each Christmas while I grew up. When I moved to England he came with me and stood under some very odd little trees that I had there.

When I moved back to Canada he came with me. There were Christmases when our young children gave him a bit more exercise than he might have liked. My daughter would gallop him across the living room floor and then his front legs became rather weak so he had to be carefully stood up on a non slip surface.

Later a young puppy got hold of him and the struggle that ensued cost him part of his mane and his left eye. But he still turned up and showed willing each and every Christmas.

And here he is all these years later. If there is a young grandchild visiting he moves to the top of the piano so he can relax!  He’s still standing. Still part of my Christmas ritual.  My Christmas horse. 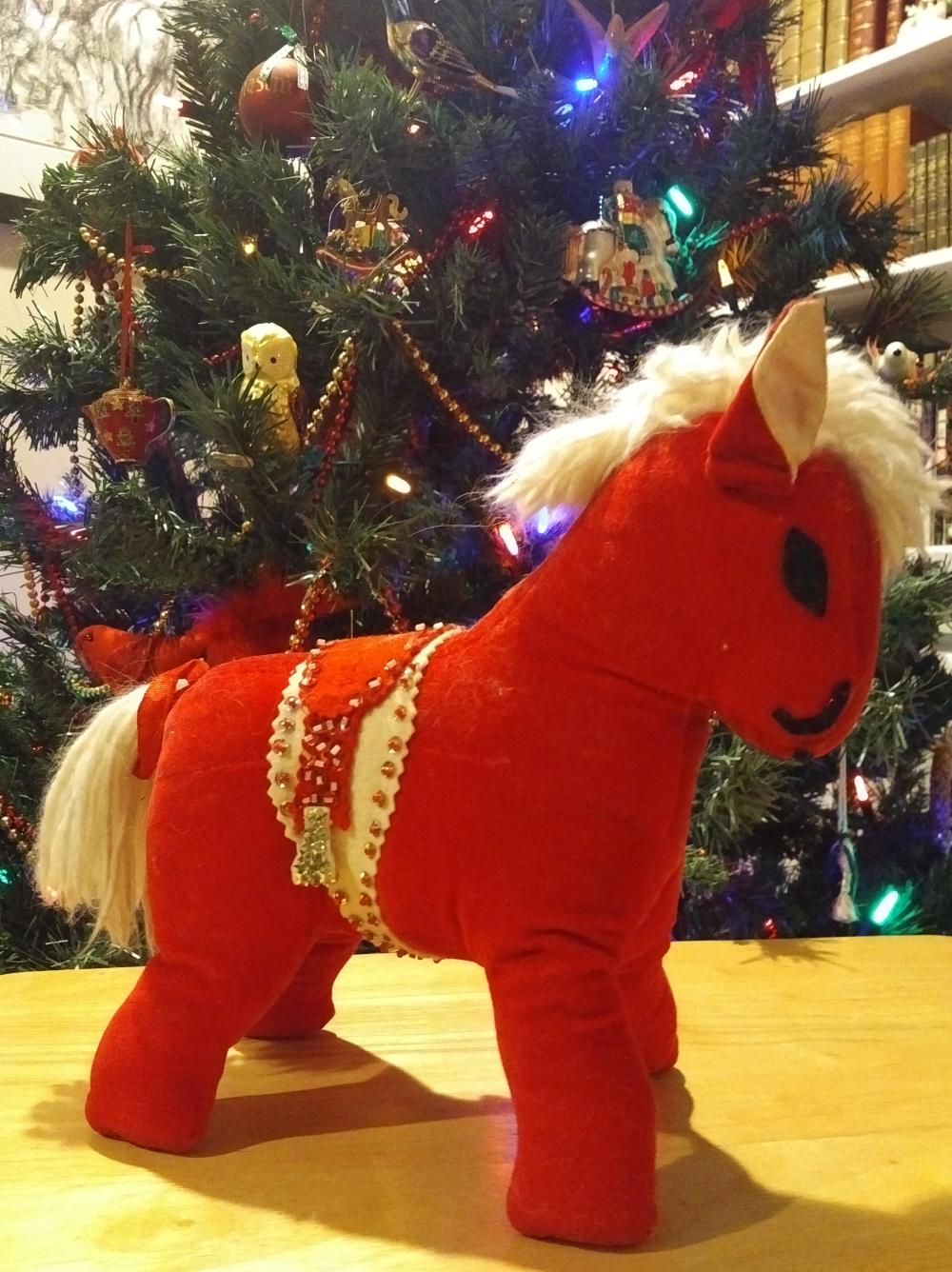