Miniature: A thing that is much smaller than normal. A plant or animal that is a smaller version of an existing variety or breed.

The miniature horse is very diminutive in stature, with height less than 34-38 inches (86-97cm) measured from the ground to the withers. They are considered horses not ponies and were first developed in the early 1600’s. By 1765 they were frequently seen as pets of the nobility.  After the Mines and Collieries Act of 1842, in Britain, which outlawed the use of children in coal mines, the minis and also small ponies were most commonly used in the mines.

The first small horses date from 1861 in the US and they were employed in coal mines until the mid 1900’s.  By 1960 the general public began to be interested in the  minis and they are now used in a number of equestrian disciplines.

Although they are very cute and about the same size as a large dog they are still horses and must be treated as such. So it’s not a great idea to buy one for Christmas for the little kids; not unless you have the stabling and knowledge to deal with a horse, a miniature one, but a horse nonetheless.

They are also proving their worth today as service animals similar to dogs.

This little mini is called Pippa. Her job is to be a companion to a full sized horse that she shares a stall with. 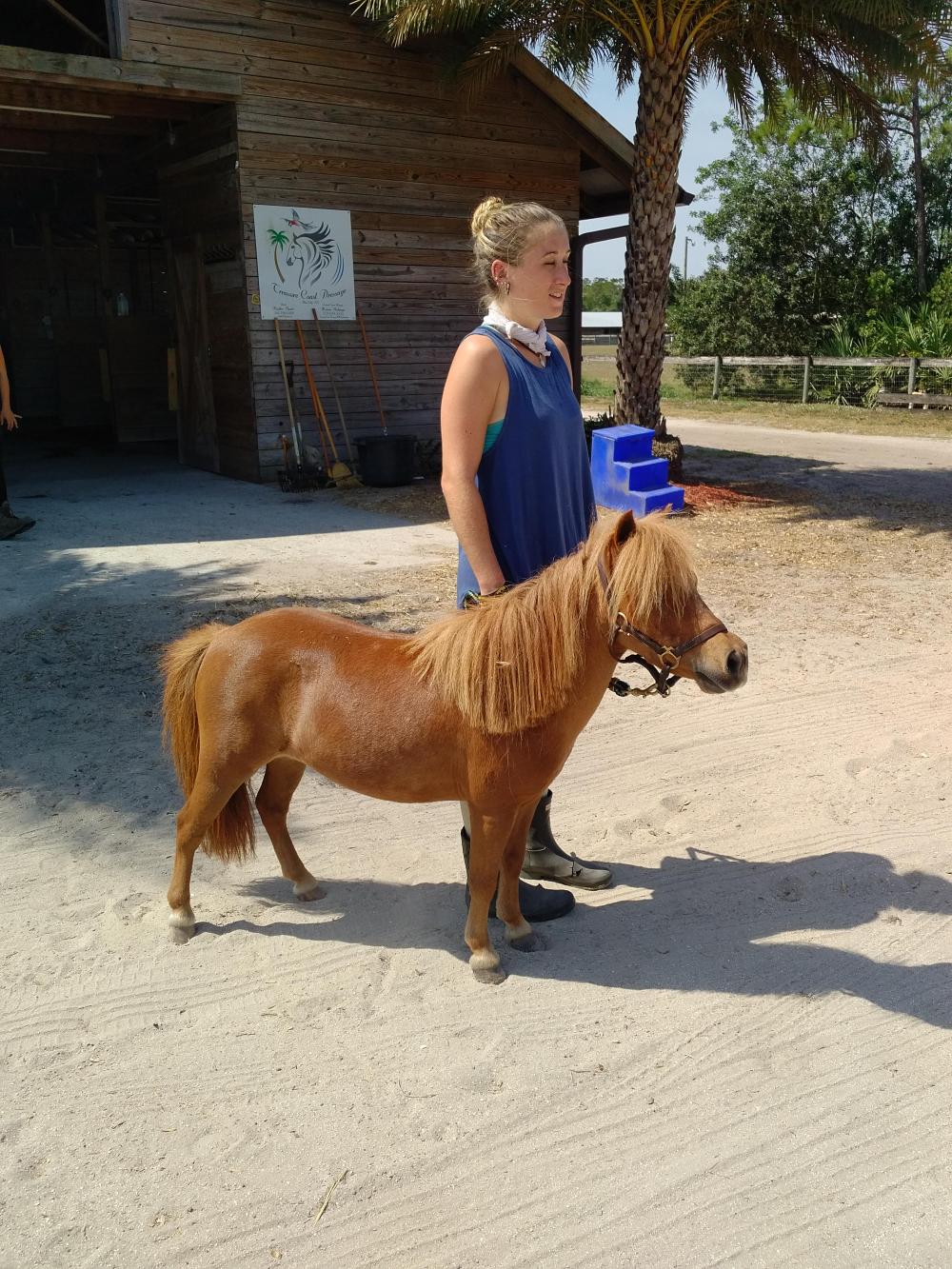