FEI World Equestrian Games Tryon 2018. Eight equestrian disciplines. Competitors from 70 countries. 1000 horses.  For some there were golden moments. For others it was a debacle and disaster.

Grooms accommodation. The first problem occurred when it became apparent there was not nearly enough accommodation for the grooms who need to be near the horses they are looking after. Grooms had to bunk in with cramped quarters that were still a half hour walk from the stabling area. And….the catering was not prepared for the numbers either. Grooms went hungry or had to spend money to buy food at a restaurant. The athletes (the riders) also complained of inadequate catering.

Endurance. The Endurance competition got off to a bad start with many of the competitors being directed onto the wrong course. Once all the horses had been recalled and the race started over it was in the considerable heat and humidity of the day and at the vet inspections horses were found to be struggling to recover. Then came the final blow. Endurance was cancelled  as too many horses were unable to continue in the heat and humidity. Years of preparation, travel from across the globe, hope and dreams all disappeared.  There was justifiable anger and emotion, law enforcement had to be called in to keep order.  Endurance was over.

Florence. This hurricane had been threatening  for over a week. At the end of the first week of competition the weather reports showed how Florence was going to make landfall and where she might go with torrential rains and gale force winds. The final element of the dressage competition, the Freestyle, was to have been on the Sunday. That was when the blast of Florence was scheduled to hit. The  freestyle was cancelled.

What could have been done?

Tryon stepped into the breach when Bromont, Quebec stepped down due to lack of funding by the provincial government.  Tryon had only half the usual amount of time to build and prepare.  The Competition Organizers did their best but they were not ready in time. The arenas were ready, the stables were ready but there were still earth movers, tractors and construction workers everywhere.  By the end of the first week many areas had been improved and better services provided. But nothing could have been done about the arrival of Hurricane Florence.

The competition still went on. Reining, Vaulting, Para-equestrian, Eventing, Dressage, Jumping and Driving all took place. I covered the dressage and the standard of competition was marvelous. The events took place on time and appeared to be well organized. What was disappointing was that there were so many empty seats. I was told that the dressage had sold out. But I found that hard to believe as there were not just a few empty seats but at the ends of the arena a sea of empty seats. Did people stay away due to Florence? Did they think the venue would not be ready?  I don’t know but it was a shame to see so few people there to enjoy watching excellent horses and riders like Sönke Rothenburger and his horse Cosmo. 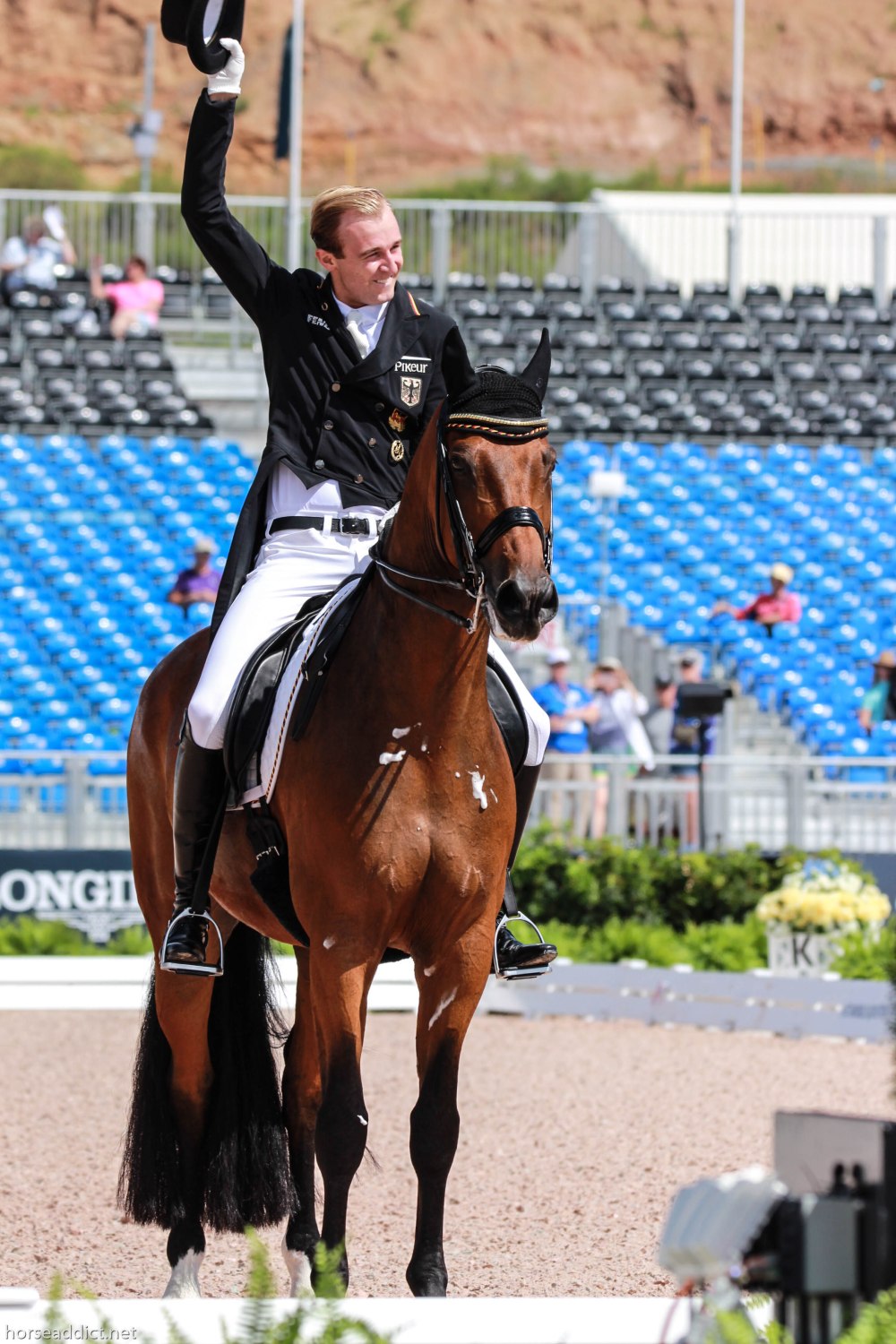 The International Media Center was good. The finishing touches may not have been in place and there were still steel girders visible above the work tables but we had air conditioning,  good work spaces, high speed WiFi , easy access to the stadium to take photos and we had breakfast, lunch and afternoon snacks provided.  There was always timely communications from the organizers with results, order of go and scheduling readily available. As a member of the media I had no complaints.

Where will the next WEG be held?

As far as I know there is no location that has stepped up to offer to host the 2022 WEG. There are rumors that there will not be another WEG that hosts eight disciplines.  Perhaps World Championships will be held for disciplines that can share competition arenas such as jumping with dressage or vaulting with reining.  It will remain to be seen what the FEI will decide to do and also what locations will come forward and offer to host a smaller scale World Championship. 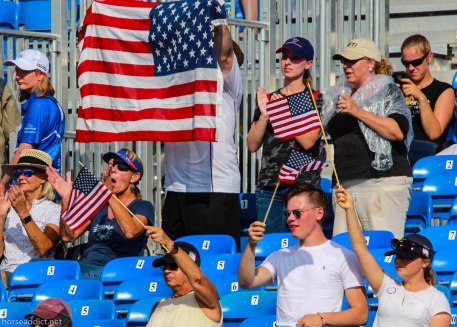