After all the grooming, harnessing and preparation the Clydesdale Six Horse Hitch is ready to go into the stadium.  The ring master tells the teams they can enter and these magnificent horses trot on into the stadium. 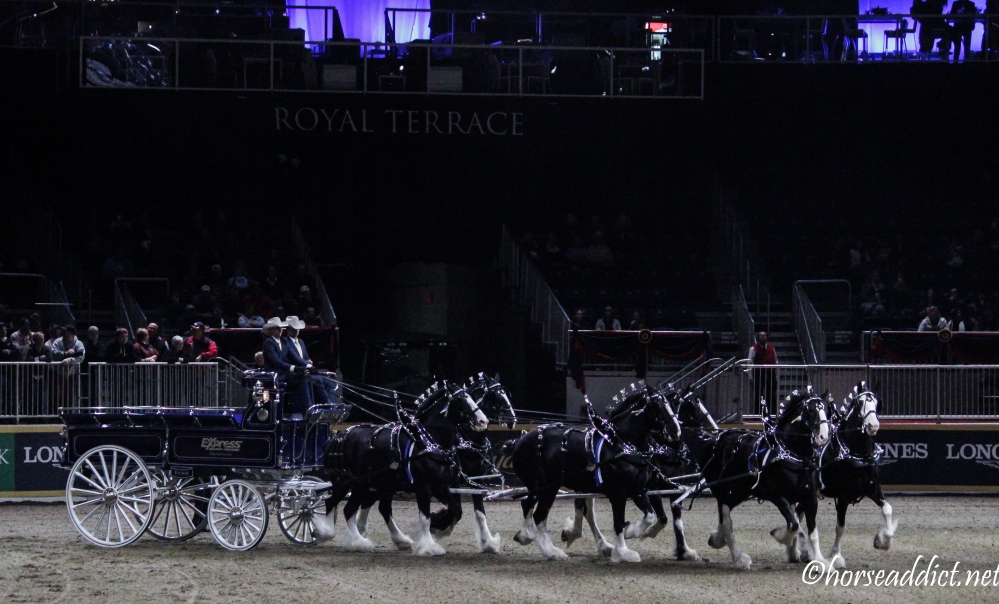 Once all four teams are in they trot around the arena and the judge observes the horses: their movement, how well they are matched, their turnout and their willingness to  work together.

On a signal from the Ring Master the teams go across the diagonal to change direction.

Then the teams  go around the arena in the new direction. 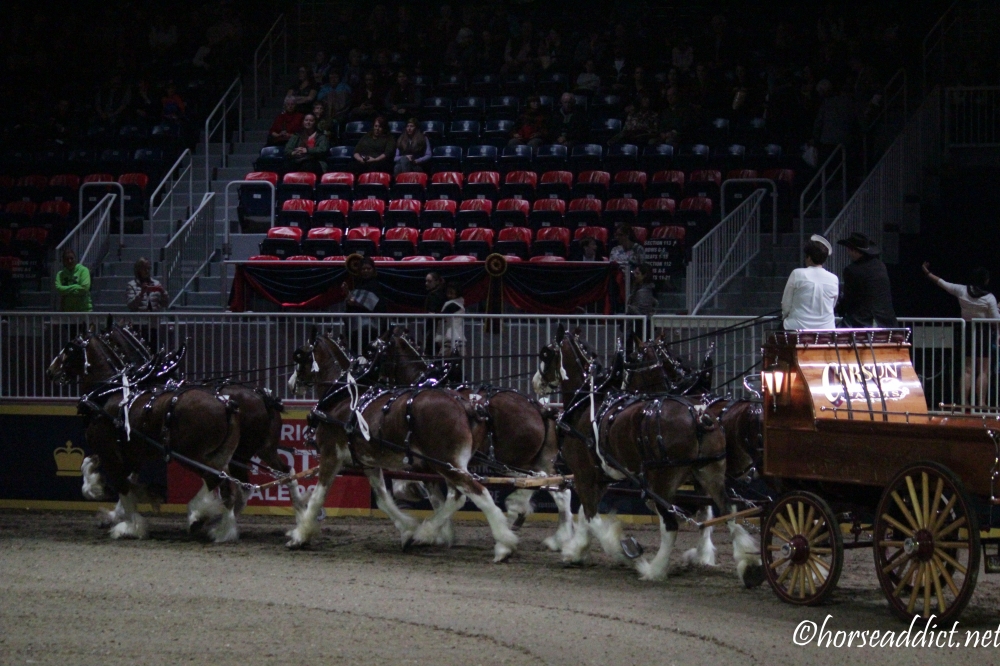 Once the judge has had a good chance to assess the teams he signals to the Ring Master who calls the teams into the center of the arena to line up. 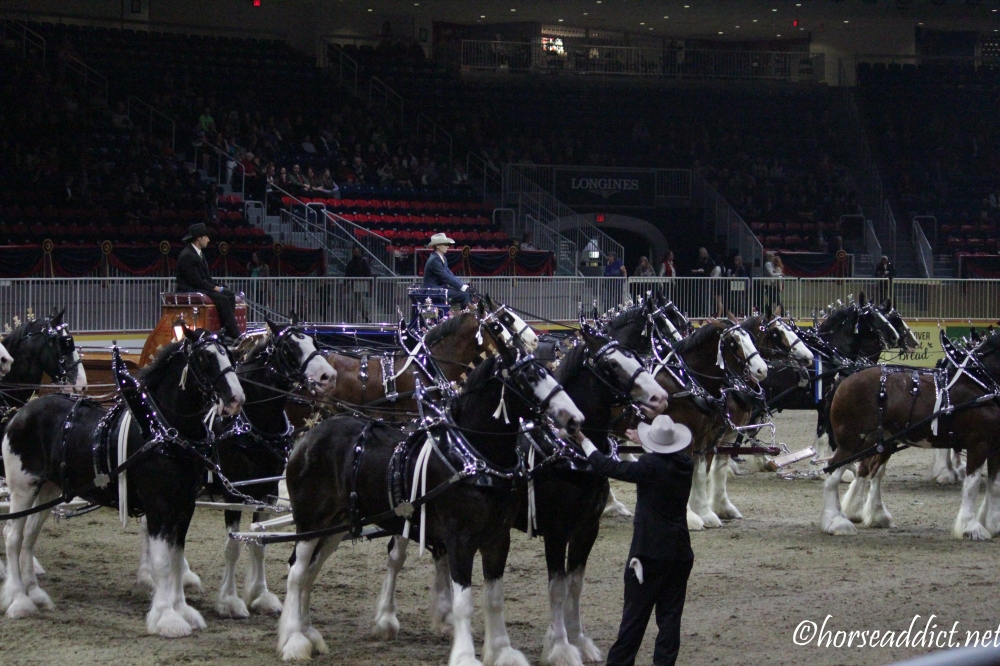 The handler will jump off the wagon to hold the two lead horses in position until the judge comes to see the team. One by one the teams will be asked by the judge to rein back a few steps and then come forward again.  Then there is a pause while the judge speaks to the Ring Master and lets him know which team has won and the placings of the other teams.

The winner is announced! When I watched this competition last November the winning team, Express Clydesdales ,had come all the way from Oklahoma for this competition. The red ribbon is placed on one of the lead horses. Two women presenters and a lucky little girl who is with them ,get up onto the wagon for the victory round. Proud drivers! Proud owners! Proud horses!